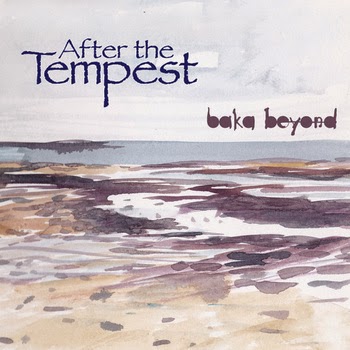 Baka Beyond
After The Tempest
March Hare Music

The Afro-Celtic band, Baka Beyond, grew out of a collaboration with the Baka of Cameroon with the musical styles of the Caribbean, Europe folk, and Afro-pop. The bubbly reggae-infused, "Heart Of The Night," is a perfect track for lounging. There are also Irish lullabies, Baka traditional songs, and Shakespeare-inspired compositions. The theatrical songs are full of life and quite varied. All of this success is owed to the instrumentalists and vocalists, including Martin Cradick on guitar, Su Hart on vocals, Kibisingo Douglas on bass guitar, Ayodele Scott on percussion, Paddy Le Mercier on violin, Clyde Kramer on drums, Ellie Jamison on vocals, and Molara on vocals. The uppity sound of "Mosumana Colle" is especially intriguing and friendly with vibrant percussion, lush vocals, and a Congolese-like guitar rhythm. After two decades of bringing Baka music to the world, Baka Beyond still has what it takes to keep listeners listening. Importantly, all royalties owed to the Baka musicians to to them via the Global Music Exchange (www.1heart.org). ~ Matthew Forss
Posted by Matthew Forss at 5:47 AM