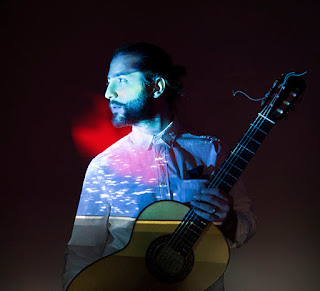 Armenian-born and LA-based, Vahagni is a talented guitarist and composer with an intuitive ability to cross genres and borders with his unique musical style. Vahagni weaves through flamenco, world jazz, classical, folk, and Afro-Spanish worlds via guitars and a range of strings, percussion, and sequencing. The flamenco-induced, "Sketches of Dali," is especially intriguing and upbeat. The Afro-Spanish-influenced, "Hov arek sarer jan," contains soft vocals from Buika for an otherwise Armenian song. The serene melodies are akin to Baaba Maal or other Senegalese performers. Vahagni brings in piano, bass, drums, percussion, blul, duduk, violin, cello, and a few other instruments for an adventurous palette of sound. The dreamy and somewhat pensive, "Pendulum," is ideal for relaxing or dreaming. Over forty-minutes and eleven tracks represent a wide range of music from Vahagni that is highly-praised for good reason. Fans of Matthew Montfort and Lawson Rawlins will enjoy Vahagni. Experience Vahagni's Imagined Frequencies for yourself (and for a friend). ~ Matthew Forss

Posted by Matthew Forss at 11:08 AM No comments: 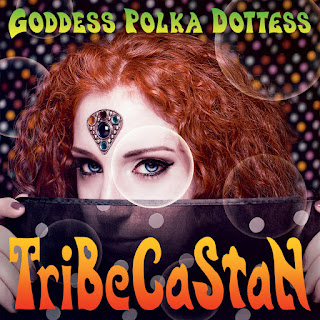 The fifth studio recording from TriBeCaStan is yet another excellent release of truly groovy world music. The group brings in bluegrass, funk, folk, dance, middle eastern, south Asian, jazz, psych, rock, blues, pop, and other elements in magical medley of sounds. Mostly instrumental, Goddess Polka Dottess, is a whimsical title for a relatively straight-forward release, but it is not without it's ups and downs. Importantly, there is nothing bad about this album. In fact, it contains a rousing mix of melodies and rhythms that keeps one on their toes. The bouncy, Balkan-esque waltz, "Zoli's Strut," is an amazing medley of pure dance pleasure. The South Asian-inspired, "Majestic Ganesh," is one of the few vocal tracks on the album. The repertoire brings in a plethora of instruments covering a range of strings, horns, and percussion instruments for a genuine world music blend. The group is spearheaded by John Kruth and Jeff Greene and they provide some production and songwriting credits here. Overall, Goddess Polka Dottess is a great instrumental and vocal (where applicable) album of world music fusion. Try them out today! ~ Matthew Forss 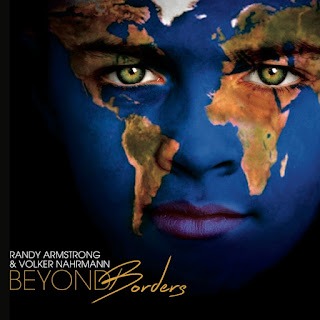 Beyond Borders is beyond the ordinary when it comes to the musical explorations of Randy Armstrong and Volker Nahrmann. Upon listening to the first track, "Ciao Bella," one can easily discover the nod to groovy, South American and Brazilian brilliance with sweeping vocals, breezy percussion, and smooth rhythms punctuated with bass, guitars, and other instruments. The percussive sounds heat up on "Fear Not Fear" in a sort of instrumental jazz vein. "Shanti Om" is dedicated to Ravi Shankar and George Harrison, so you know it is going to be a good one. In fact, it contains trance-inducing sitar amidst a plethora of instrumentation that flows from one chord to another, while truly exemplifying the genre of world music. Eleven tracks are included for your listening pleasure. Travel the world through the sounds on Beyond Borders. ~ Matthew Forss
Posted by Matthew Forss at 2:08 PM No comments: 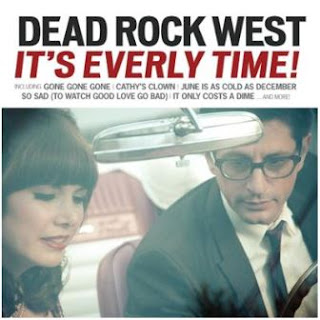 Posted by Matthew Forss at 6:17 AM No comments:

A former actor turned musician, Jacob Davich releases a candid five-song EP. Jacob's folksy sing-songwriter guitar and vocals resemble the work of Jim Croce, James Taylor, and David Gray. "Don't Run Don't Hide" is a great roots-driven, folk-centric, and pop-infused medley of throbbing B3, jangly guitars, and swishy percussion. "Call My Name" is a slower, down-tempo ballad with folk and alt-country stylings. "Hold On" is another ballad with introspective lyrics and a jazzy or bluesy musical influence with piano backing and guitar accompaniment. "How You Gonna Tell Me" is a great folk-rock song with a hint of roots-driven qualities from American folk music of the 1960's and 70's. The Dylan cover, "I Shall Be Released," is a bluesy, almost gospel-driven medley of sound reflecting the music of the time that is equally-relevant today. All in all, there are four original tunes and one cover. If you are fans of the above-mentioned artists, you will definitely love Jacob Davich's new EP. Everyone else should pick it up. It's that good. 5 Stars (out of 5). ~ Matthew Forss

Posted by Matthew Forss at 6:17 AM No comments: 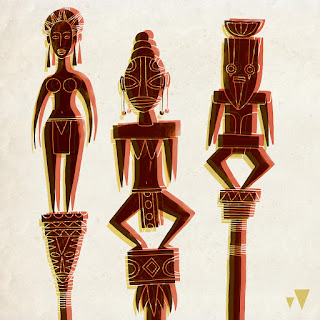 III is the third album in Bixiga 70's repertoire and it serves as a perfect reference point for exploring cumbia, ethno-jazz, electronica, funk, carimbo, samba, and psychedelic creations. The instrumental effort from the Brazilian-based group, incorporates lively and punchy sax, trumpet, flute, trombone, as well as drums, keyboards, guitars, and percussion. The heady beats and swirling rhythms are trance-inducing, but always rewarding. The punchy beat culminates in a very catchy tune with an unusual title: "100% 13." At any rate, it is one of the stand-out tracks on this release. Yet, all of the tracks are noteworthy. Buy it today! ~ Matthew Forss
Posted by Matthew Forss at 8:52 AM No comments:

I attended the Edmonton Folk Music Festival, which happened this year from August 6-9. It was quite an exciting event for me. For starters, this was the first year I actually attended on all four days. You can read my full report at DigitalJournal.com. However, here are some of the personal highlights for me. I really wanted to see The Duhks, from Winnipeg, first up on the main stage on the Thursday evening. The group combines folk, country, and bluegrass with a contemporary flair. 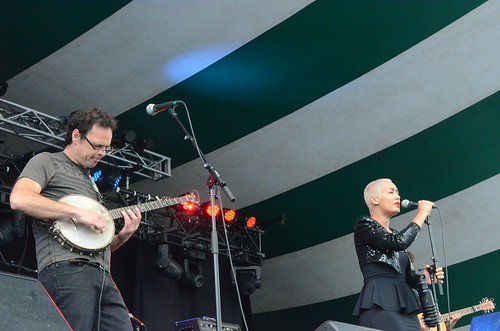 The highlight of my Friday was seeing Oysterband. From various parts of the UK, these men in black first blew me away at the 2009 Folk Fest and have been one of my favourite bands ever since. Socially conscious folk that is extremely melodic and deep. 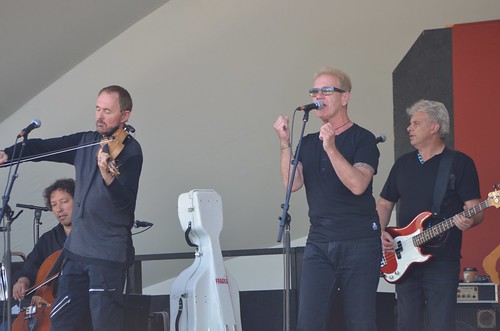 Saturday was my long day at Gallagher Park. It was a huge treat to see Tinariwen from Mali present their wall of sound to Edmonton for the first time. 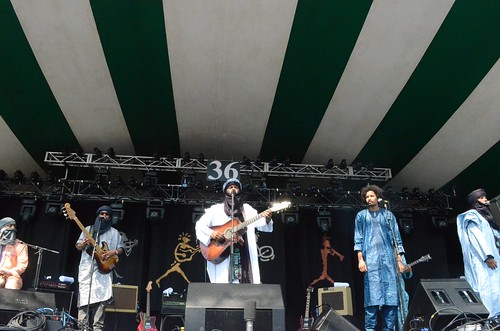 Richard Thompson, singer/songwriter and guitarist extraordinaire, was on the main stage later in the evening. 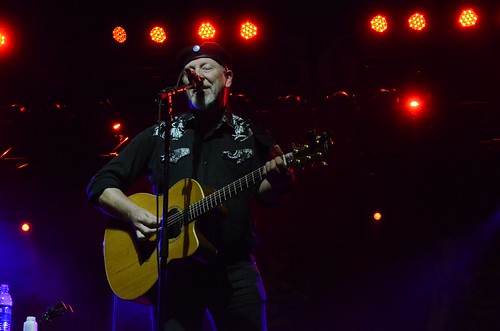 Also, I wanted to see the hill in the darkness in person for the first time. I have seen many photos of the hill and grounds in the dark, but I could finally take a few of my own. 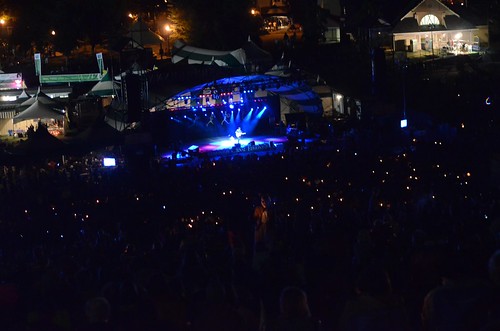 Despite my late night on Saturday, I made it to the park bright and early on Sunday morning to see Hanggai from China in concert. Layers of sound with traditional and contemporary instruments, throat-singing, and the ability to get everyone on their feet dancing. 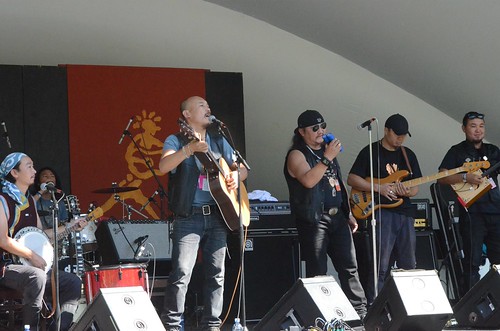 Also, as an Inside World Music exclusive: Frazey Ford, a singer/songwriter who was a founding member of the Be Good Tanyas, allowed us media types to film her first three songs in their entirety. She was on the main stage on the Friday evening to replace Sinead O'Connor, who cancelled her entire summer tour due to health issues. The Folk Fest made a great decision in picking Ford, whose lilting vocals soared over the hill.
Posted by Paula E. Kirman at 10:46 AM No comments: