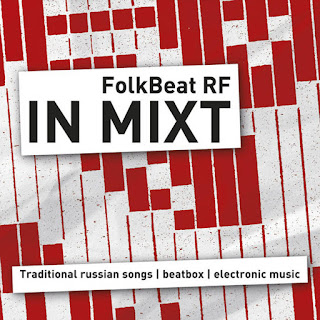 The vocal quartet, Folkbeat RF, features the music of four Russian women, Svetlana Ivanova, Maria Zibrova, Svetlana Shestopalova, and Alyona Minulina on an incredible, contemporary release, In Mixt. The vocal harmonies are a bit like Finland's Varttina in parts, while some of the more popular arrangements are evocative of urban beatbox. However, the beatbox stylings are very appropriate and intriguing. There is a historic quality to the vocals, which stems from the ancient Russian influences. Sacred and choral music of Europe can be heard as a strong influence here. There are various electronic programming touches that bring about a new age and alternative presence. The songs are based on folkloric foundations, but the contemporary appeal reaches across genres and geographic boundaries with tunes that everyone can relate to. Fans of Russian vocal music, rap, dance, folktronica, and world fusion will find In Mixt to be a 'mixt' bag of wholly likable hits! No complaints here. ~ Matthew Forss
Posted by Matthew Forss at 11:17 AM No comments: 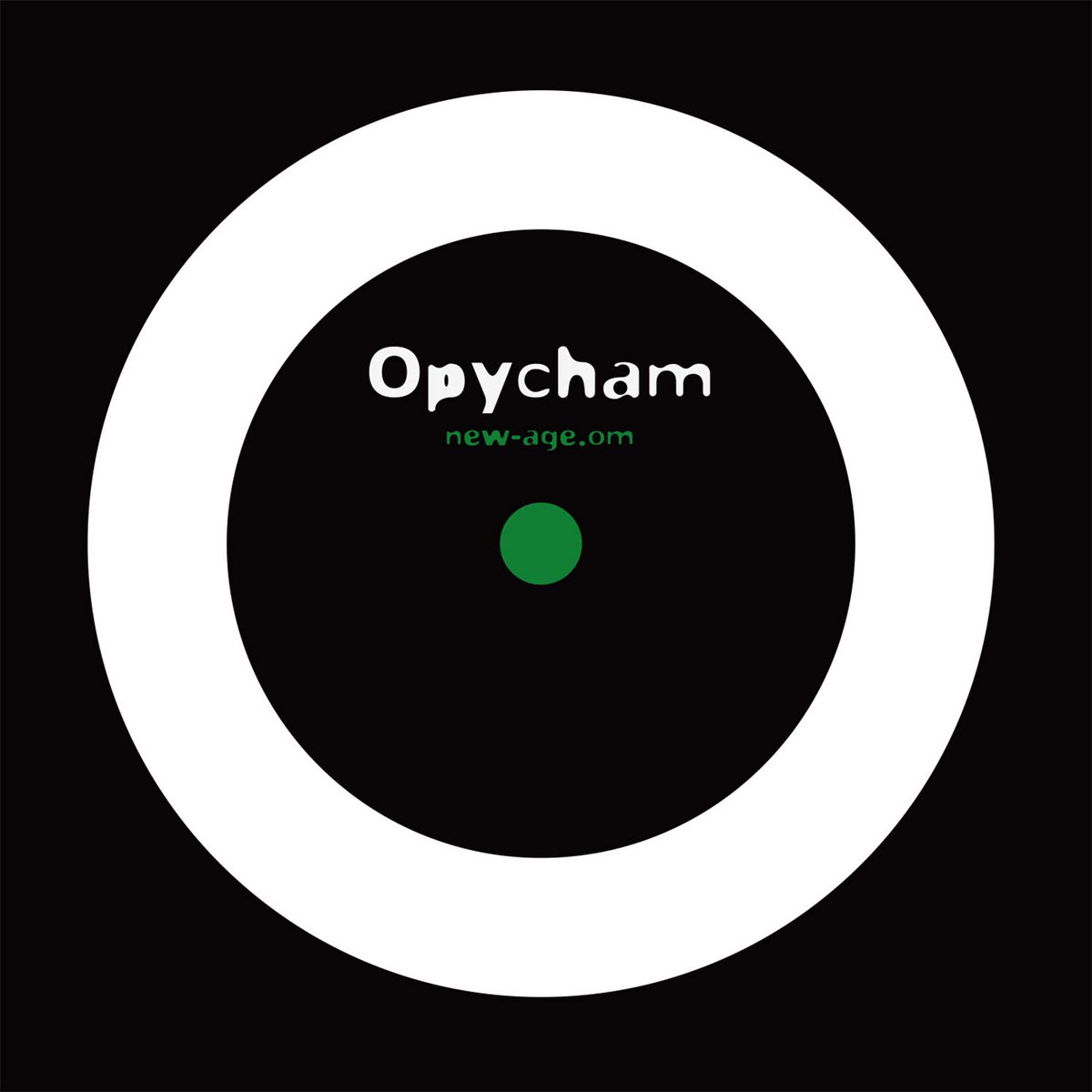 Opycham's latest release, new.age.om, was recorded in Tuva, which is spearheaded by drummer and percussionist, Rasputin (of Yat-Kha-fame). The meditative and monastic eight-track release celebrates various religions including Russian faiths, Buddhism, and Shamanism. The album contains a backdrop of various rain sounds, fire, birds, insects, and water-flows for a very earthy element. The pensive instrumentation is rather light and alternative and comprises the cello, djumbush (like a Turkish tanbur), guitar, and hand-percussion. The music is vocal, but very entrancing overall. The subtle inflections of earthy elements and hypnotic vocals make Opycham's latest release well-worth a listen. Fans of shamanic, alternative, new age, Russian folk, and European music will love it. It's a great way to unwind! ~ Matthew Forss

Posted by Matthew Forss at 9:11 AM No comments: 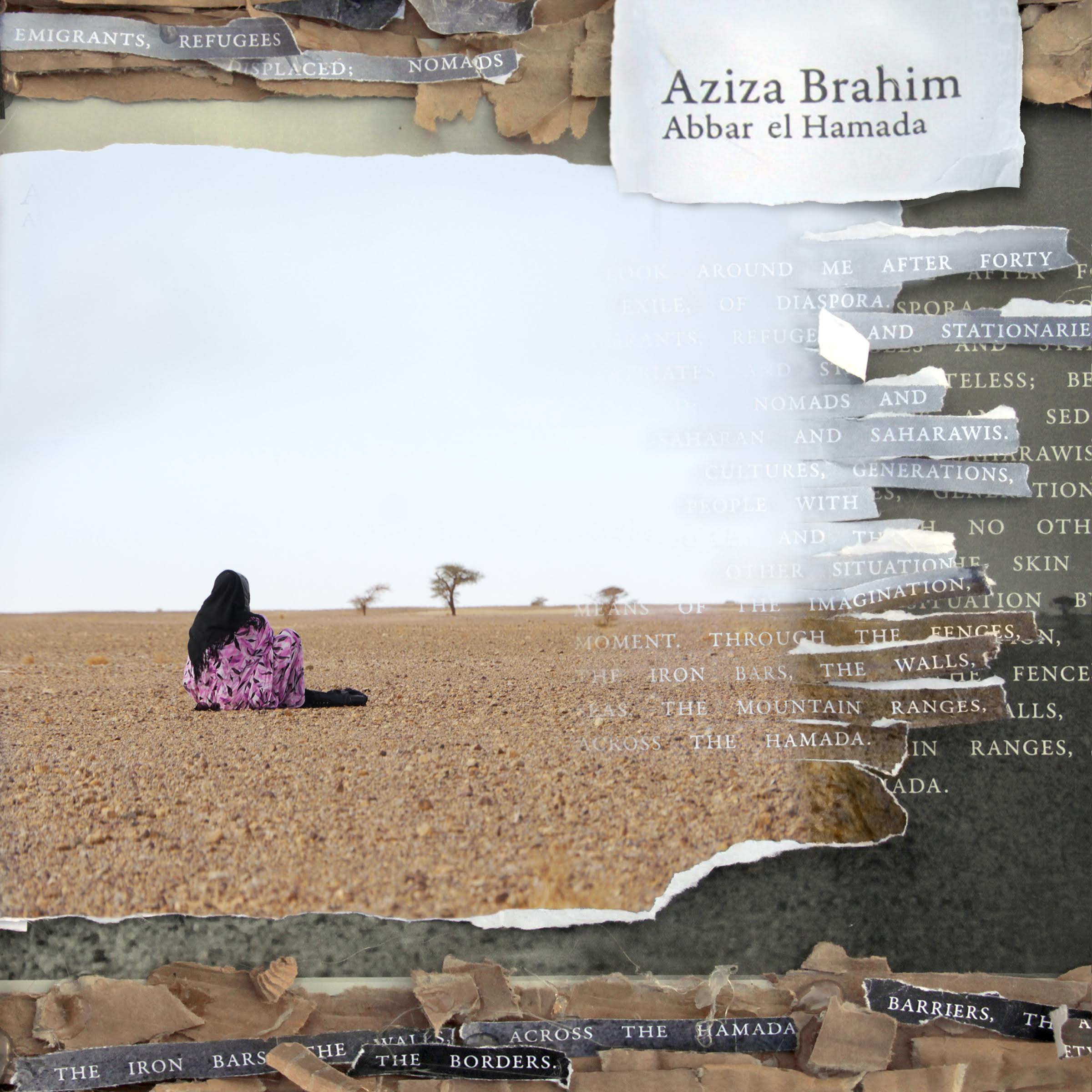 Based in Spain, Aziza Brahim is a popular singer originally from Western Sahara. Her music is borne out of the Saharawi culture of Algeria/Morocco/Western Sahara. The rousing, upbeat, "Calles de Dajla," is a catchy tune that melds the vocals of Malouma (from Mauritania) and the guitar/percussion of Mali's Tinariwen. "El canto de la arena" encapsulates a softer side of Spanish music with jaunty guitars, breezy percussion, and an effortless, yet breathy, flute. "El wad" continues the Saharawi rock idioms with great vocals and arrangements. The title track represents the plight of the refugees camps along the border of Algeria and Western Sahara. Abbar el Hamada is a rather upbeat album with great vocals and a spacious, rock beat bringing together Spanish, North African, and North American arrangements. Fans of Tinariwen, Toumast, Tartit, Malouma, Mariem Hassan, Dimi Mint Abba, and other musicians from the region will find this album to be a welcome addition to the collection. In general, music from Western Sahara is rarely heard outside the region. Do yourself a favor and discover the music of Aziza Brahim today! ~ Matthew Forss
Posted by Matthew Forss at 8:25 AM No comments: 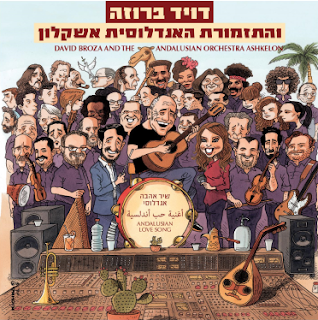 Hailing from Israel, David Broza rocks the world with a delightful, Andalusian album that bridges the music of Spain, the Middle East, and North Africa into one indelible result. The seventeen tracks are sung in English, Spanish, and Hebrew with instrumental influences arranged in classical, folk, pop, and roots medleys. The vocals are strong and timeless. The edgy percussion, soaring strings, and multi-layered instrumental arrangements make Andalusian Love Song a very pleasant listening experience. The diverse influences and instrumentation provide a more balanced result that is not boring or redundant. The sweeping, "Dangerous Autumn," contains beautiful instrumental parts, alongside heady vocals in Hebrew. It is impossible to pick one of the best tracks, as all of them are unique and worthy of number one. Fans of North African, Middle Eastern, and European orchestral music will find the album to be a perfect ten! ~ Matthew Forss

Posted by Matthew Forss at 10:19 AM No comments:

CD Review: Idan Raichel's 'At The Edge Of The Beginning' 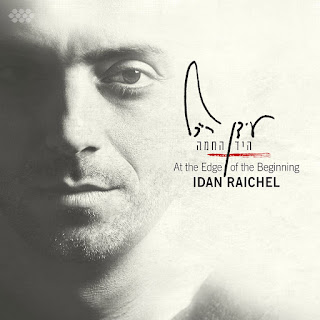 Idan Raichel
At The Edge Of The Beginning
Cumbancha

Israel's Idan Raichel has the rare ability to create meaningful and beautiful melodies that transcend not only borders, but time, as well. This is especially relevant on his latest release, At The Edge Of The Beginning. The album opens with a sweeping piano medley with mixed instrumentation in a great arrangement worthy of repeated listens. The rest of the tracks contain vocal tracks with an array of instrumentation, including kamanche, trumpet, bass, guitars, baglama, sax, tuba, accordion, piano, and various programming. Special guest and sintir player, Hassan Hakmoun, lends his talents on "Be'Chamesh Shniyot." Idan's "Delet Mistovevet" is one of the best tracks on this album. All things considered, Idan creates a moving, contemporary, and authentic mix of ear-candy that contains a plethora of melodies and moments that should not go unnoticed. The title touts Idan may be at the beginning of something really great. Actually, he has been great since he started and he will not let you down here. ~ Matthew Forss

Posted by Matthew Forss at 9:17 AM No comments: