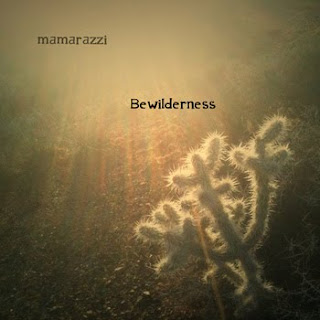 Mamarazzi
Bewilderness
Independent Release
NY-based funkmasters, Mamarazzi, is a collective of Andrew Aprile on guitar, Sam Bathrick on percussion, Tacuma Bradley and Sam Franklin on tenor sax, Rob Cohen on keyboards, Tavi Fields as MC, Eric Herman on bass, and Jeremy Noller on drums. Little information is provided in the liner notes, but the music should speak for itself. In fact, the Ghanaian opener, "Sobobo", is a perfect funk-driven rhythm and beat. The urban rap beats on "8" and "Here We Go" contain equal moments of funk, jazz, lounge, Latin, and afro-beat. The instrumental sections are also varied and infectious. The downtempo beat of "Nu Dutch" is a jazzy number, while "Seeds" is a funky and lyrically poetic song of urban origins. The tropical rhythms of "Grapefruit" is appropriately titled and travels into a world of downtempo-meets-big band by the end of the song. The final song, "Gangster", is a vocal ballad with funky origins and loads of swagger. Bewilderness is not as mysterious as it first appears. With each listen, something new is revealed and it is always good. Fans of urban funk, tropical funk, and afro-beat may need to listen to Mamarazzi sooner than later. ~ Matthew Forss
Posted by Matthew Forss at 6:14 PM