CD Review: A Is For Atom's 'Song For You' 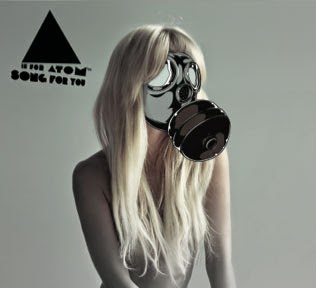 A Is For Atom
Song For You
Self-Release

A Is For Atom is an electronic-pop venture by Mike Cykoski, which reinvents Brit-pop influences with spacey, electronica and breathtaking, melodic arrangements. Song For You is a six-track release with different elements constructed within each track that makes each one stand out. The reggae-tinged and cathartic track, "Bombs Away," contains a breezy melody, alt-pop elements, and great vocals throughout. "Load Up On Guns" opens with scratchy, electronic sounds and Owsley-esque vocals with a hint of British ambiance. A laser-like dance medley of keyboard and Moog synthesizer creates a spacey affect later on. Think of Action Figure Party with more pop constructions and synth-driven songs. "India" contains a bit of folksy and reggae-tinged music with a grungy-pop element that is both fun and diverse. Overall, A Is For Atom is so good here; I give it an A+ and 5 Stars (out of 5)~ Matthew Forss
Posted by Matthew Forss at 12:58 PM