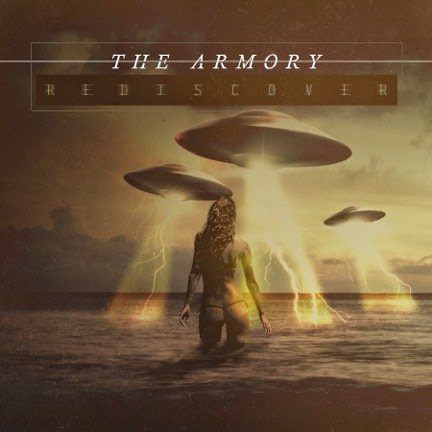 The Armory is an Atlanta-based indie rock band comprised of Sean Wheeler and Marc Harris on lead vocals, Ben Harris on bass and vocals, as well as guitarists, John Patton and Ricky Free. Together, the group forms a compelling and entertaining form of rock music with a pop vein and alternative leanings led by crunchy and symphonic guitar arrangements. The static-driven rock vocals of "If I Ever" prove the band has what it takes to bring a song to life. "Stay" contains a heady mix of crunchy rock guitar arrangements and great vocals not too unlike Three Days Grace and Splender. "Peter Piper" adds a heavier mix of rock vocals and guitars that are not as cohesive and enjoyable as other tunes on the album. "Rediscover" opens with a plaintive, acoustic guitar melody and clear, emotive vocals. Half-way through the song, heavier rock arrangements and vocals take over and end the song on a solid note. The nine-track release is a solid effort with a generous dose of rock riffs and melodies that are not too dissimilar from Three Days Grace and Splender. 4.5 Stars (out of 5) ~ Matthew Forss
Posted by Matthew Forss at 11:57 AM