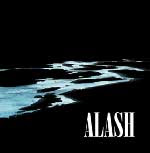 Alash
Alash
Independent Release
In recent years, a slew of musical abums and compilations devoted to throat-singing from the steppes of Central Asia have graced the stores and charts. Those familiar with Huun Huur Tu, Egschiglen and Hanggai should pick up Alash's self-titled 2007 album of Tuvan throat-singing songs. Alash's ensemble does not incorporate Western instrumentation or modern beats. Instead, they present traditional songs with traditional instrumentation. Moreover, the liner notes detail the types of string and wind instruments used, including igil, kengirge, shynggyrash, limpi, murgu, byzaanchy, and doshpuluur. The instruments evoke images and sounds of nature indicative of indigenous Tuvan surroundings of grasslands, rivers, and animal galloping. At times the vocals seem otherworldly, but that only adds to the mystique of the Tuvan musical culture. The liner notes include a brief introduction to the music, throat-singing styles, and lyric translations from Tuvan to English by Sean Quirk. ~ Matthew Forss
Posted by Matthew Forss at 11:25 AM