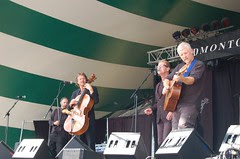 My first experience seeing Oysterband live was at the 2009 Edmonton Folk Music Festival (at which I took the photo included in this review). The band's mix of Celtic, folk, rock, and punk (mostly in presence and attitude) completely blew me away, and in the months that followed I diligently set upon a mission of collecting the band's music and listening to it obsessively.

Obviously then, when I found out that Oysterband was going to be passing through Edmonton again (well, Sherwood Park to be precise, but close enough) I got tickets at the first opportunity and then patiently waited for four months until the concert.

Good things definitely do come to those who wait. Two hours filled with energy and good vibes - and of course, good music. The band played around 20 songs which included "Native Son" (with the introduction sung in Welsh by lead vocalist John Jones), numerous tracks from the band's recent album Meet You There like "Over the Water" and the title track (which has a really great hook to it), and, of course, "When I'm Up (I Can't Get Down)," the song made famous by Canada's Great Big Sea.

Many of the songs had an acoustic flair to them, not only because acoustic instruments (violin, guitar, cello) are at the heart of Oysterband's sound, but because they are from Oxford Girl, the band's most recent release in honour of their 30th anniversary. It features different, usually scaled-down, arrangements of some of the band's best-known songs over the years. However, I was practically jumping out of my seat when they did the full-on electric version of "By Northern Light" as well as "Rise Above," one of my very favourite Oysterband songs.

One of the things I admire most about Oysterband (besides their music, of course) is their outspoken political beliefs. Remarks about Alberta's tar sands, disillusionment with British politics, and the need for peace in Afghanistan and Iraq ("Because the other way isn't working") were conversation topics with the audience, in addition to encouraging everyone to sing along.

The intimate venue (Festival Place, which is a popular stop for singer/songwriters) sold out the night of the concert and was filled with both fans and people who had only just became aware of Oysterband. I brought with me a friend who is in the latter category and by the end of the evening he was converted into a fan. The same could be said of another couple at our table who bought the tickets at random and did not know what to expect. "We will definitely have to watch for them to come through again," they said as they left.

As for me, it was incredible to see the band perform, now that I have more of a familiarity with their songs. OK, I have more than just a familiarity - I was mouthing the words to most of them. I also saw that these are five very down to earth guys, who took the time after such a giving performance to come out to the lobby afterwards and chat and sign autographs.

You may have trouble finding the band's CDs outside of the UK but they are available on their website as well as on iTunes. Lead singer John Jones and bassist/cellist Ray "Chopper" Cooper have recently released solo albums that are also well worth a listen, and can be found on iTunes and CDBaby.
Posted by Paula E. Kirman at 8:21 PM No comments: 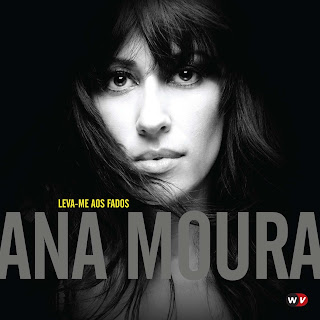 Ana Moura
Leva-Me Aos Fados
World Village
Portugal's Ana Moura is now in the realm of other great fado singers, including Amalia Rodrigues and Mariza. Fado is most common in Portugal, but it can be heard in other countries, as well. It follows a mournful, lyrical style and folk-guitar tunings in a carefully structured environment. The music is sorrowful, but very engaging. In fact, the album's title is translated as "Take Me To A Fado House". Anyone with a Latin American or Mediterranean musical preference will most likely enjoy Ana Moura's fado style. This is not an over-produced, electronic album of dance music or pop. It is traditional fado with lilting rhythms, light guitar picking, and romantic vocals. Open your ears and heart today with Leva-Me Aos Fados. Take someone you love to the fado house. ~ Matthew Forss
Posted by Matthew Forss at 1:39 PM No comments: 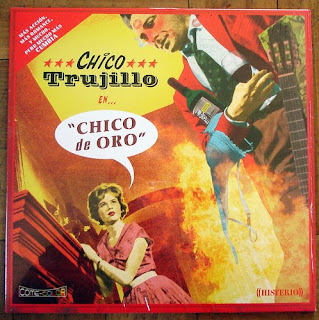 Chico Trujillo
Chico De Oro
Barbes Records
Chico Trujillo is Chile's cumbia innovators, but their musical expertise and repertoire extends beyond Chile's borders and engulfs the South American continent. The Spanish lyrics and upbeat party atmosphere of the instruments - both brass and percussion - highlight Chico De Oro's strengths. The music is definitely influenced by Latin music, but it also envelopes bits of Southeast Asian funk, psychedelic, afro-beat, gypsy, and tejano music. Keep in mind Chico De Oro is not a fusion album, but an album of innovative cumbia music. In short, the music is very energetic with a refined, uptempo rhythm. Chico Trujillo is the party music for your birthday celebration, or world music party! If you are into other Latin American Barbes recordings and cumbia music in general, then you will love Chico Trujillo's Chico De Oro. ~ Matthew Forss

Posted by Matthew Forss at 12:40 PM No comments:

CD Review: Mr. Something Something 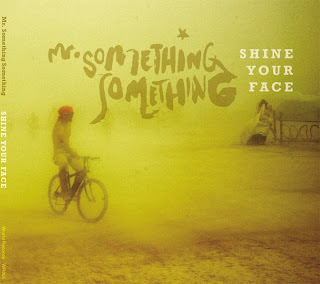 Mr. Something Something
Shine Your Face
World Records
If there was such a thing as "eco-beat", this would be it. Canada's Larry Graves, John MacLean, and Swedish addition, Johan Hultqvist, performs music with eco-friendly results. Their live performances have been set up with a bike-powered sound system and their CD packaging is made out of 100% recycled paper. Probably the only thing not recycled is the music. The music reflects a West African dancefloor-beat sound of the 1960's or 70's. Some of the classic highlife bands come to mind. Shine Your Face contains "sustainable" beats, blazing horns, some English vocals, and punchy drum-work. If you are interested in afro-beat orchestras and highlife music from West Africa, then Mr. Something Something should be "something" you should acquire. ~ Matthew Forss
Posted by Matthew Forss at 2:10 PM No comments: 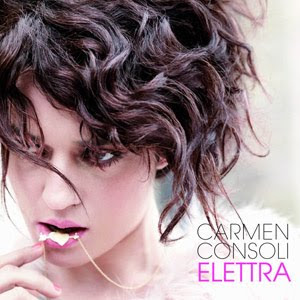 Carmen Consoli
Elettra
Wrasse Records
Italian folk/rock singer, Carmen Consoli, is a bright talent with a strong voice. Her voice is iconic to Italy as Patricia Kaas is to France. Their are classical strings, jazzy tunes, Balkan/Gypsy rhythms, lounge tracks, and South American-type vibes on her 7th studio album. Elettra is a celebration of women and all her forms - good and bad. The mix of Mediterranean instruments and rhythms with folk and rock elements and Italian vocals make Elettra shine with liveliness. One can hear some similarities to downtempo groups, such as Zero 7 and Air. Yet, Elettra is not a trip-hop album, but it does contain some of those sounds typically observed in downtempo. This is an album of Italian sensibility and contemporary folk/rock arrangements. Each track is quite different and equally engaging. Liner notes in Italian. Discover the music of Carmen Consoli today! ~ Matthew Forss
Posted by Matthew Forss at 12:43 PM No comments:

CD Review: Lian & Chirgilchin Ensembles on "The Window" (released May 2010) 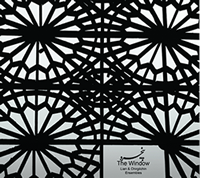 Lian & Chirgilchin
The Window
Lian Records
The Window is what happens when two groups from different countries come together and make music for one afternoon in Los Angeles, USA. The Persian/Sufi Lian Ensemble incorporate Persian lyrics and traditional instrumentation, including the tar, kamancheh, udu and frame drum. Imagine the sounds of the ancient, Persian courts mixed with the throat-singing elements of Tuva's Chirgilchin. Chirgilchin consists of four members playing traditional fiddles and lutes, including the igil, doshpoulour, and byzaanchy. Their notable throat-singing is an excellent accompaniment with the Persian and Tuvan instruments. The eerie vocals, droning sounds, and mystical percussion are rarely heard in other recordings. One drawback with The Window is the length. There are only four songs at about 40 minutes. However, the songs were recorded in only one afternoon and the group's busy schedule only allowed a limited playing time. Still, the results are quite remarkable. English and Persian liner notes are included. The Window is perfect for Persian, Tuvan, Mongolian, Central Asian, and Sufi music fans. ~ Matthew Forss
Posted by Matthew Forss at 12:17 PM No comments: 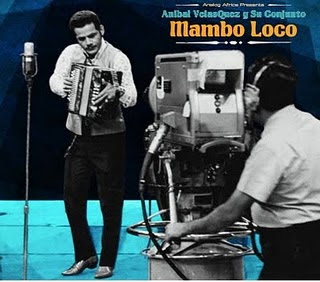 Anibal Velasquez y Su Conjunto
Mambo Loco
Analog Africa
A legendary accordionist and ambassador for Colombian guaracha music, Anibal Velasquez y Su Conjunto showcase tunes culled from a 30+ year musical career. The organic, rumba-sounding groove backed by the unmistakable accordion, piano, caja drum, and rhythmic beats characteristic of Colombia's bustling city of Barranquilla. The trippy-beats, spicy sounds, and bluesy-jazz accordion playing mark an era of unique music from South America. Mambo Loco is tropical music with a twist...of the hips, that is. It's refreshing, solidly-crafted and composed, and globally-relevant music for everyone! A handy 24-page booklet is included with CD. In addition, Analog Africa is a leader in reviving old music from around the world on LP. Mambo Loco will also be available on LP. For those that cannot locate Anibal Velasquez' 300+ LP's, Mambo Loco will suffice. ~ Matthew Forss
Posted by Matthew Forss at 11:30 AM 1 comment: 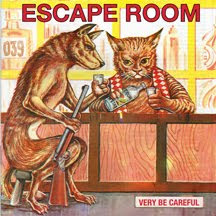 Very Be Careful
Escape Room
Barbes Records
The L.A.-based Colombian-American band, Very Be Careful, is a group of vallenato and cumbia influenced musicians with an assortment of traditional instruments, including guacharacas, cowbells, caja vallenatas, and accordions. The bass also makes an appearance. Don't let the accordion-toting Ricardo Guzman fool you into thinking this is a polka party. Yet, there is a party element here, but it's not German. If you combined South American beat-jazz with progressive, punk-folk, then you have the gist of Escape Room. Each track captures the rich, musical textures of Colombian folk music in voice and song. Escape Room contains two tracks by other musicians, including Calixto Ochoa and Abel Antonio Villa. There is a pervasive, groovy, trance-like beat that permeates each song. Their music is great for parties and having fun. ~ Matthew Forss
Posted by Matthew Forss at 10:19 AM No comments: