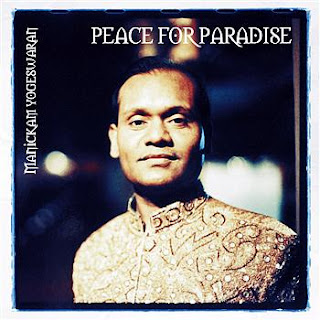 The Sri Lankan-born, U.K.-based musician incorporates peaceful melodies and Indian classicism with historical, poetic works and a modern instrument repertoire. A mix of Tamil and English lyric songs include the sitar, darabuka, oud, accordion, guitar, violin, flute, and various percussion and keyboard arrangements. The contemporary feel of the music is a result of the catchy harmonies and melodies melding perfectly with the historical roots and Tamil musicianship. As a film composer, Yoga M. has gained exposure creating pop, dance, new age, and global rhythms that sound majestic and infectious. The ten songs represent a solid mix of talented musicians, instruments, and contemporary arrangements without the typical raga or snake charmer stereotype designations. In particular, the music is fresh, emotive, and a blessing to listen to. Anyone with an interest in Indian/South Asian global musicians should definitely check it out. The most comparable group could be a fictional meeting of Tulku and Trilok Gurtu. Astounding! ~ Matthew Forss

Posted by Matthew Forss at 8:54 AM No comments: 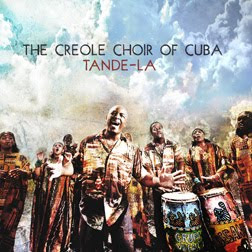 The six women and four men that comprise the Creole Choir of Cuba bring us songs of Haiti's past. Haitian ancestors were brought to Cuba to work on the sugar and coffee plantations. The Caribbean music is very classical, operatic, and a vocal work of art with some fiery percussion and additional instruments that add a joyous and/or contemplative mood. The twelve songs are sung in Spanish, French, and Creole. The melding of vocals and instrumentation provide the listener with a mesmerizing combination of sounds emanating from an Afro-Cuban mix. The vocal delivery is quite similar to the choir groups of South Africa. However, the music is inherently Cuban and Haitian, with a theatrical element that rivals any Broadway production. Tande-La, which means "listen," is what all listeners will do once they hear the Creole Choir of Cuba. Hear it today! ~ Matthew Forss
Posted by Matthew Forss at 5:02 AM No comments: 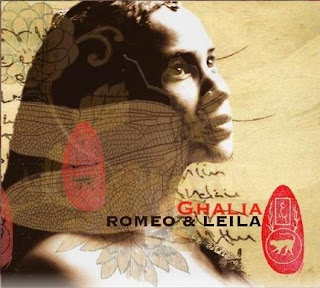 
A Belgian/Tunisian singer, Ghalia Benali, tells the story of two different people, Romeo & Leila, throughout the nine tracks. The story of Romeo & Leila is as powerful as the stories of Romeo & Juliet or Layla & Majnun. However, Ghalia sings in literary Arabic to capture the magical feeling of the language and movement of the story. The music is very akin to Azerbaijani folk, Turkish folk, or North Africa traditional music. Ghalia's vocals are very moving and equally in stride with the oud, cello, double bass, and assorted percussion. Overall, the music is rather traditional in scope. The instrumental segments are a perfect accompaniment between Ghalia's vocal sections. Though, it is a joy to hear both her voice and the instruments in tandem, too. Fans of North African music, folk and classical music of Central Asia, and female vocal music will find happiness and love with Romeo & Leila. Liner notes are in English and French. ~ Matthew Forss
Posted by Matthew Forss at 5:34 PM No comments: 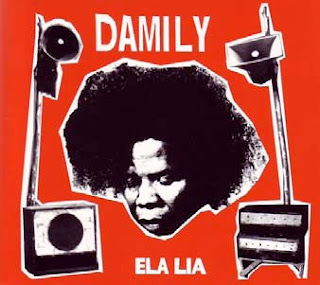 Damily
Ela Lia
Helico
Madagascar's Damily is a tsapika guitar player from the Southwest part of the country. Tsapika guitar music grew out of the rural dance movements traditional inherent at weddings, funerals, baptisms, and other events and occasions. The combination of traditional dance music and south African pop makes Ela Lia shine with musical delight. While most contemporary music coming out of Madagascar today incorporates the valiha (plucked instrument), the acoustic guitar makes a lead appearance throughout the album. The group vocals, fast picking, and mixed instrumentation provide listeners with a candid view of yet another group to come out of Madagascar. Though, the music is purely south African, there is an element of European and even Australian music. The lilting melodies, energetic guitar playing, and enthusiastic percussion make Ela Lia a noteworthy addition to any African music collection. ~ Matthew Forss
Posted by Matthew Forss at 3:08 PM No comments: 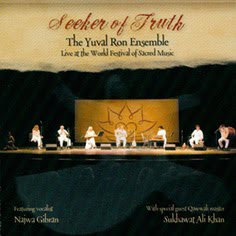 As the musical director, oud player, and saz player, Yuval Ron assembles a host of musicians for his ensemble in a session recorded live at the 2008 World Festival of Sacred Music in Los Angeles, California. The ensemble includes Najwa Gibran on vocals; Sukhawat Ali Khan on harmonium and vocals; Yeghish Manukyan on duduk and clarinet; Virginie Alumian on qanun; Jamie Papish on udu, cajon, dumbek, dhol, daf; and David Martinelli on riqq, dhol, frame drum, ankle bells, and dumbek. The album is a collection of Sufi music from North African and Western European regions to South Asia. A host of other performers provide additional vocal and instrumental accompaniment on some of the songs. At any rate, the music is clearly Sufi with musical influences extending back well into the early history of Islam. Yuval Ron's nine songs represent a perfect collection of music that is easy to listen to and uplifting in every sense of the word. A nice blend of instrumental and vocal music with Sufi soul! ~ Matthew Forss
Posted by Matthew Forss at 12:58 PM No comments: 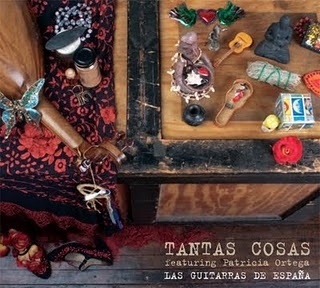 The Chicago-based group, Las Guitarras de Espana (The Guitars of Spain), releases their fifth album with Tantas Cosas (Many Things). The Spanish-tinged music incorporates a few different, progressive genres, including flamenco, rock, blues, country, alternative, African, middle eastern, Indian, pop, and New Age. The party-driven opener, "Tantas Cosas," is an excellent song that amps up the celebratory atmosphere of the album. The bluesy "Cejilla" continues the party reverie, as a sort of Latino rock with a heavy dose of caffeine. The vibrant vocals of Patricia Ortega leads the way with providing a youthful and bright voice that matches the music in both color and tone. The more traditional and quieter "Invierno" is a great song of folklorico music. The diverse songs and superlative instrumentation provides a wonderful mix of melodies, musical history, and character. In short, The Guitars of Spain incorporate a global mix of music to their 'Latin' repertoire that expands the borders of tradition into something spectacular. A must-have for fans of Latin, Spanish, flamenco, Think of One, Gypsy Kings, and other similar genres and groups. ~ Matthew Forss
Posted by Matthew Forss at 9:42 AM 1 comment: