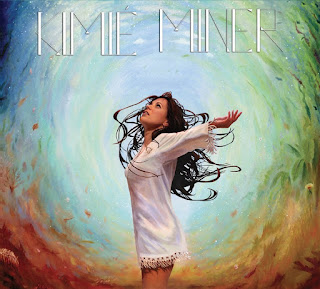 Hawaii's Kimie Miner is a singer-songwriter of Hawaiian and Portuguese descent. The rousing tunes on her self-titled release are in English; except for "Kumulau." The melodies retain a slight R&B presence and lounge jazz sensibility that is refreshing, urban, and pop-focused. There are some danceable tunes with vocals not too unlike Nelly Furtado. A bouncy piano rhythm makes an appearance (along with Caleb Keolanui) on "Love's In The Melody." "Trouble" is a nod to South American alternative pop and electronica with a sassy reggae edge. While, "Make It To Morning," "Fallin' Again," "Lullabies," and "Shine" resemble the harmonic structures of The Beu Sisters' early work. Kimie's album contains equal parts of dance, electronica, guitar pop, reggae, and alternative genres for a great musical journey. ~ Matthew Forss