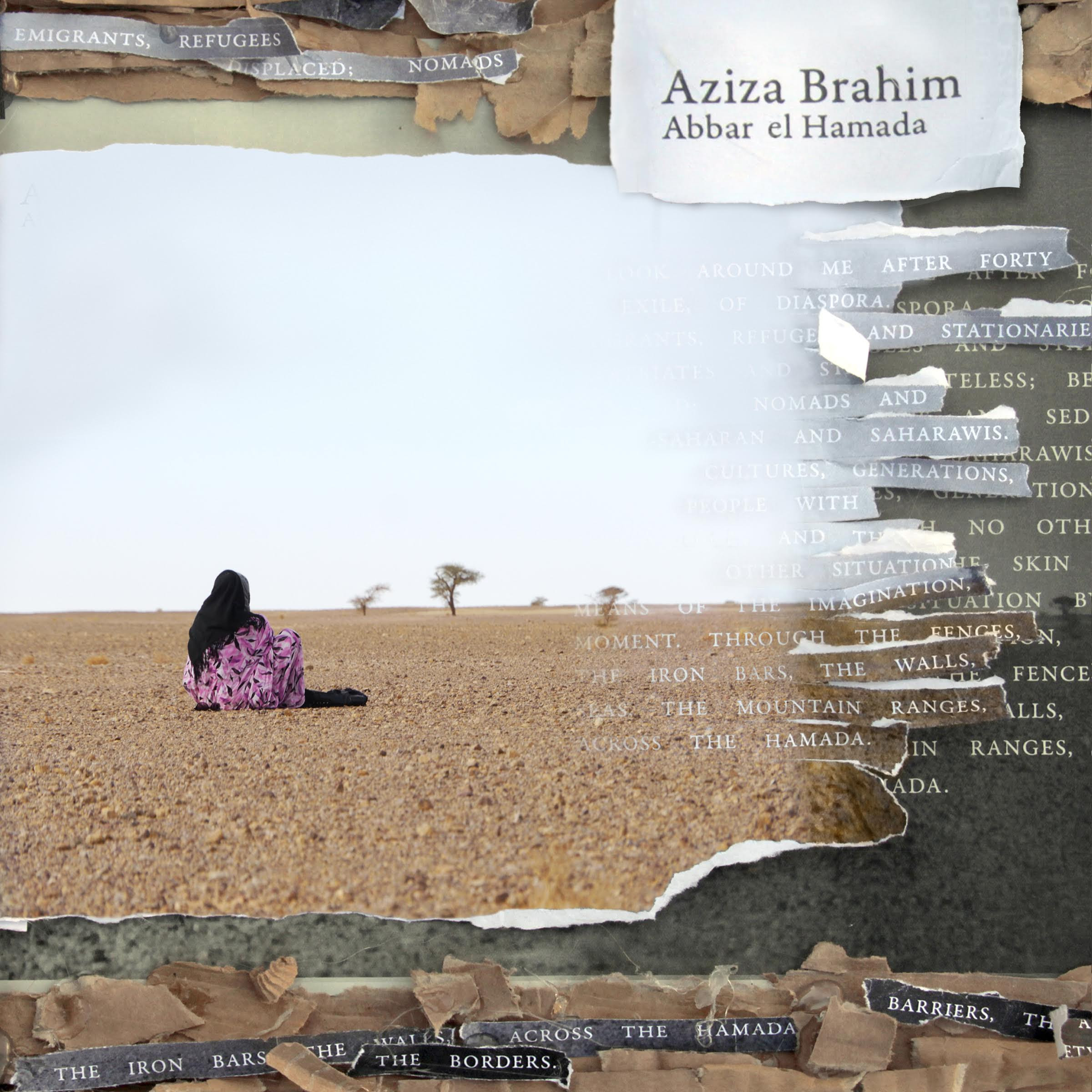 Based in Spain, Aziza Brahim is a popular singer originally from Western Sahara. Her music is borne out of the Saharawi culture of Algeria/Morocco/Western Sahara. The rousing, upbeat, "Calles de Dajla," is a catchy tune that melds the vocals of Malouma (from Mauritania) and the guitar/percussion of Mali's Tinariwen. "El canto de la arena" encapsulates a softer side of Spanish music with jaunty guitars, breezy percussion, and an effortless, yet breathy, flute. "El wad" continues the Saharawi rock idioms with great vocals and arrangements. The title track represents the plight of the refugees camps along the border of Algeria and Western Sahara. Abbar el Hamada is a rather upbeat album with great vocals and a spacious, rock beat bringing together Spanish, North African, and North American arrangements. Fans of Tinariwen, Toumast, Tartit, Malouma, Mariem Hassan, Dimi Mint Abba, and other musicians from the region will find this album to be a welcome addition to the collection. In general, music from Western Sahara is rarely heard outside the region. Do yourself a favor and discover the music of Aziza Brahim today! ~ Matthew Forss
Posted by Matthew Forss at 8:25 AM