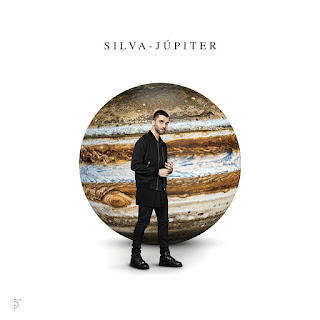 Brazil's Silva brings us pop-infused tunes with R&B, electronica, tropical, Latin, and urban qualities on a new album that celebrates his love of Jupiter. As a child, the planet Jupiter has been a fascination. Hence, the album artwork illustrates this point from the beginning. The music is not spacey or atmospheric, as one would expect from an otherworldly image or album title. Instead, Silva's ethnic-infused concoctions showcase the lounge side of pop, jazz, and dance. The punchy rhythms and bubbling bass accompany traditional percussion and electronically-tinged arrangements with such ease and grace the album is sure to be a favorite of all who listen. Silva's vocals are soft and mellow, but very compelling. Fans of contemporary Brazilian music will love it. Everyone should get on-board with Silva's latest release. ~ Matthew Forss
Posted by Matthew Forss at 10:59 AM