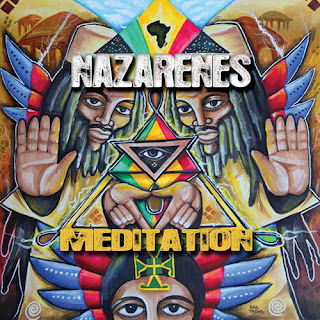 Steeped in Rastafarian grooves, produced by a St. Croix native, and two brothers as singers, Noah and Medhane Tewolde, come from Addis Ababa, Ethiopia. The European-based brothers incorporate pan-African elements, island grooves, Jamaican jive, and pop-funk creations. The reggae-inspired album contains jazzy influences, funky beats, and vivid vocals with meaningful lyrics and spiritual connotations. The lyrical worldplay and dancehall sound showcases Nazarenes diverse song repertoire with a laid-back, funky feel that is anything but boring. Fourteen Jah-inspired musical tracks showcase the great amount of creativity and soulful inspiration that give Meditation a shining element that succeeds without a doubt. "Mamy Blues" is an album favorite that seems to combine the pop music styles of Ethiopia and West Africa with the sincerity of French blues and a little Caribbean ambiance. Anyone interested in the music of Jamaica will find happiness on Meditation. ~ Matthew Forss

Posted by Matthew Forss at 8:03 AM

meditation cd's are pure medicine for your soul...without the side effects. Help still your mind and soul with my well crafted cd on Meditation. Now one for the men and women who have served us.