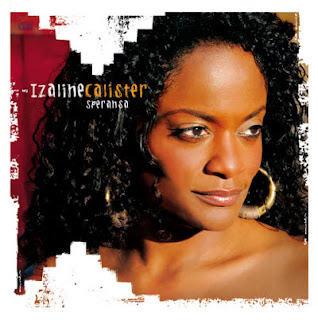 Izaline Calister
Speransa
Brigadoon/Flow Records
Hailing from the Netherlands Antilles island of Curacao, Izaline Calister brings the music of the Lesser Antilles to life on Speransa. The album title, which means "hope", is an introspective album of breezy island songs with a classic jazz sound. Of course, Latin and flamenco elements are present, though the music is more closely related to Venezuela, Brazil, or the Cape Verdes. Izaline sings in her native language of Papiamentu, which is comprised of a mixture of Creole, Portuguese, Spanish, English, and African languages. Throughout the album, Izaline's voice carries a range of tones, but effortlessly accompanies the guitar, flugelhorn, piano, percussion, and bass. The shining tracks are "Awa", "Speransa", "Jung", "Preteksto", "Kadena Enkanta", and "La La La". Izaline is prepared to bring the music of Curacao to the rest of the world, along with her four other solo albums. This is easily one of the best world music albums I have ever reviewed. ~ Matthew Forss
Posted by Matthew Forss at 7:49 AM