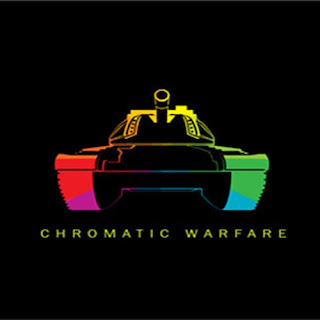 Coming to New York from the Caribbean, Noel Black reinvents the world of hip-hop, dance, and electronica, along with his West Coast songstress, XRA. Two musical worlds collide on Chromatic Warfare with Caribbean-tinged rhythms and urban DJing at its finest. XRA's DJ skills and vocal presence are unmatched. Noel Black's rough voice is direct and melodic. However, the rather short album may be off-putting for some. Nevertheless, the four tracks: "Riot," "We Get Busy," "Judge Before Reading," and "D.O.I. (Declaration of Independence)" are unique and fresh enough to be enjoyed over and over. The music is repetitive at times, very electronic, industrial, and urban. The mix of spacey electronica and urban grooves with rap and hip-hop influences are a combination that works. Anyone interested in progressive poetry and electronic music with an urban flair will find Chromatic Welfare a blast. ~ Matthew Forss
Posted by Matthew Forss at 6:57 AM