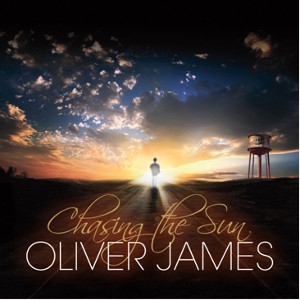 New York-based, Oliver James, writes creative songs steeped in Americana with a bit of intellectual and alternative musical leanings. There are some pop inflections with musical influences from Iggy Pop, R.E.M., All American Rejects, U2, and others. The music is very unique and it touches on several interrelated genres of progressive, alternative, jazz, rock, folk, pop, and classic rock. The symphonic string constructions and epic rock solos are interspersed with instances of poetic songwriting and melodic instrumental arrangements. "Lovers Bridge" is a powerhouse jazz/rock song with obvious Springsteen-esque qualities. "Before He Turned The Gun On Himself" opens with a rather somber tone on guitar and strings. The earthy vocals are moving and followed by an angelic and operatic vocal tone near the end of the song. The anthemic song opens up into a magical medley of instruments and vocals that are not negative overall. "Avenue Of The Stars" begins with a graceful guitar tune and airy vocals. There is a country or folk element highlighted by the sliding drone of the lap guitar. Overall, Oliver James knows how to chase the sun and the dream of making music that people want to hear...over and over again. ~ Matthew Forss
Posted by Matthew Forss at 7:23 PM