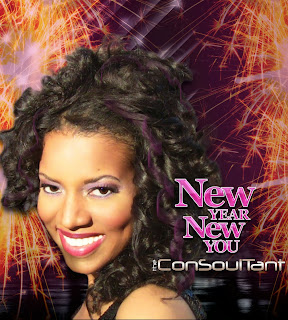 Selita Boyd (aka The ConSoulTant) breaks through with another hit that leads us into the new year with great vocals, great beats, and dance-inspired, R&B grooves. The lack of many songs does not detract from the few songs on the album. New Year, New You contains one of the past hits, "Hit It Out The Park." The new year is celebrated with two very similar songs: "New Year, New You" and "New Year, New You Countdown". Both songs are amped-up dance tracks with electronic, industrial, and hip-hop-focused tunes that are anything but boring. Of course, the holiday season would not be complete without a song devoted to Black Friday, which is poignantly-titled, "Black Friday." The dance tune contains a bit of industrial electronics and hip-hop vocals with scattered bells and Santa "ho ho ho's". The song is a bit faster than the other tunes, but that only makes the song different. The Georgia-based singer brings together a fabulous set of songs for the new year. The songs are relatively short and few in number, but the musicianship is above-average and worth a listen, or two, or three... ~ Matthew Forss

Posted by Matthew Forss at 6:23 PM