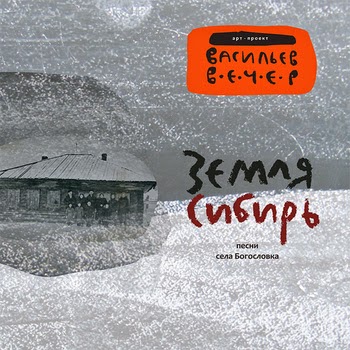 Named after St. Basil's Day Eve, one of the most popular Russian traditional feasts, Vasily Vecher perform and study the culture of Western Siberia's peasant culture from the 16th to 18th centuries. The music contained herein is purely vocal without any instrumental accompaniment. Anyone interested in world chants, liturgical compositions, European folk music, and Slavic singing traditions, in addition to Siberian and Russian musical styles, will love it. The entire album is nearly fifty-five minutes long. It is a mix of solo and group vocal accompaniment. The songs are sung in Russian with English title translations on the back cover. There are Cyrillic Russian notes and lyrics throughout the liner booklet. This is a great ethnomusicological recording of historic significance, since it highlights the musical and vocal traditions of a bygone-era, but it is produced in a contemporary time. ~ Matthew Forss
Posted by Matthew Forss at 2:02 PM