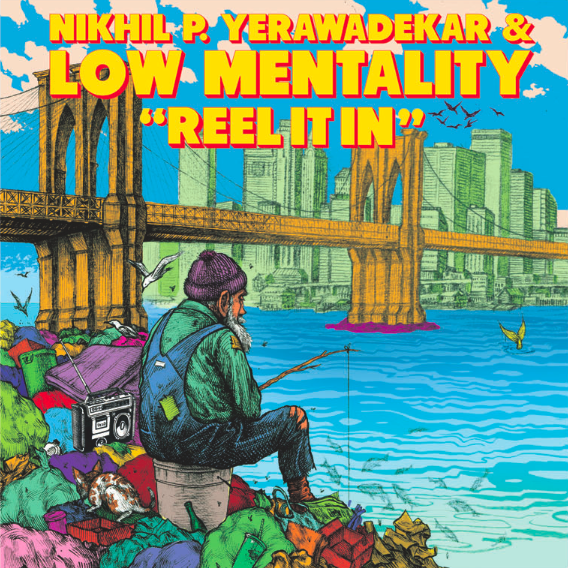 Brooklyn-based beatmeister, Nikhil P. Yerawadekar and his group, Low Mentality, release a two-song release inspired by the edgy, psych-infused beats of West Africa, the Caribbean, and East African funk. The result is a heady, beat-driven and classic, funk-laden tune, "Reel It In," which features a rollicking rhythm and North American funk beat that is jazzy, classy, and timeless. Nikhil is joined by Pavel Kogan-Liakhov on guitar, Chauncey Yearwood on percussion and vocals, Omar Little on trumpet, keyboard and samples, Timothy Allen on bass and vocals, and James Windsor-Wells on drums and vocals. The sub-five-minute track contains enough beats, sounds, and melodies to keep you on your toes...literally. The second track, "Vultures," is also sub-five-minutes in length, but it more aligned to North American funk and psych elements. Still, the same West African and East African influences are present throughout. All of the vocals are in English, but they are not too prevalent. The entire recording is under ten minutes long, but it only serves as a glimpse into the complete musical capabilities of Nikhil P. Yerawadekar and Low Mentality. Own it today on vinyl or as a digital release! ~ Matthew Forss
Posted by Matthew Forss at 1:54 PM