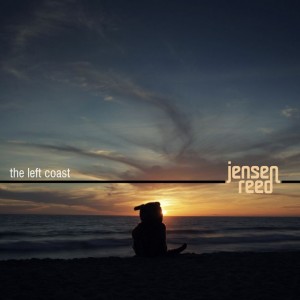 Los Angeles-based singer and songwriter, Jensen Reed, weaves tight lyrical worldplay around an amped up hip-hop, alt-pop, and electronic background that propels the album in alternative directions with a fresh perspective. The symphonic and electronic-focused, "Throw You The Rope," is a magical song with keyboard embellishments and a hip-hop instrumental backbeat that mirrors a more conservative and lighter Linkin Park medley. "Left Coast" opens with a jingly beat and punchy rock melody with vocals that resemble Modern English and The Killers. The cinematic opening of "Rocketship" merges into a rock/rap medley that is not particularly fast, but the ambulating beat and keyboard washes add an element of alternative leanings indicative of pop, electronica, and dance. "Something Missing" features a few punchy piano beats and up-tempo vocals that are rather steady with background vocals. The music is rather reflective without hip-hop or rap lines. "The Countdown" contains some dark, brooding electronic embellishments with hip-hop instrumental backing. The vocals are slow at first, but the vocal delivery picks up mid-song in a rap display. The swishy percussive beats and punchy piano line creates a modern display of musical ingenuity. The entire album represents a wide breadth of musical creations that span several genres, but the musical variety is not too different to turn-off new listeners. Anyone with an interest in alternative hip-hop, rock, pop, and dance-inflected music should check out Jensen Reed's new work. ~ Matthew Forss
Posted by Matthew Forss at 6:11 AM