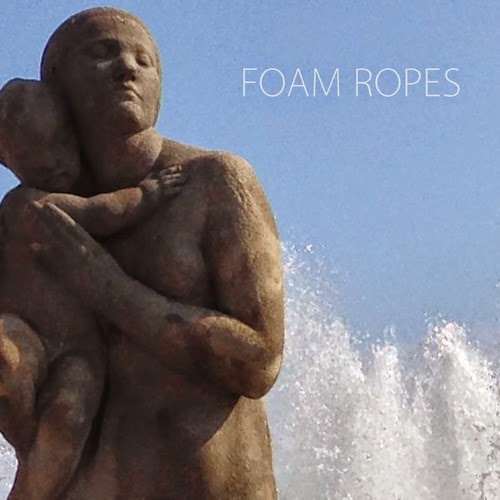 New Yorker, Derek Nicoletto, formed Foam Ropes after years of studying acting. The self-titled release showcases a variety of alt-rock, pop, grunge, and indie song styles that are sure to stir the soul and move the body (all in positive ways). "Potion Me Well" contains edgy rock guitars, wild percussion, and loud vocals that echo the musical angst of American contemporary rock from the 1980's and early '90's. "Truth In Fables" is more of a rock ballad with some classic vocals in the vein of New Jersey-band, Every Damn Day. The punchy guitars and slight neo-classical edge combine with great vocals for a truly unforgettable experience. "Birches" is more of a folk and roots-influenced tune with acoustic guitar, light percussion, and softer vocals. "Bad Apples" is a sauntering, down-tempo ballad that draws inspiration from the 1950's and '60's-era of American classics. However, the entire album contains original songs. Overall, the songs display a good mix of talent, song styles, and catchy hooks that will keep everyone entertained. ~ 5 Stars (out of 5). Matthew Forss

Posted by Matthew Forss at 2:22 PM