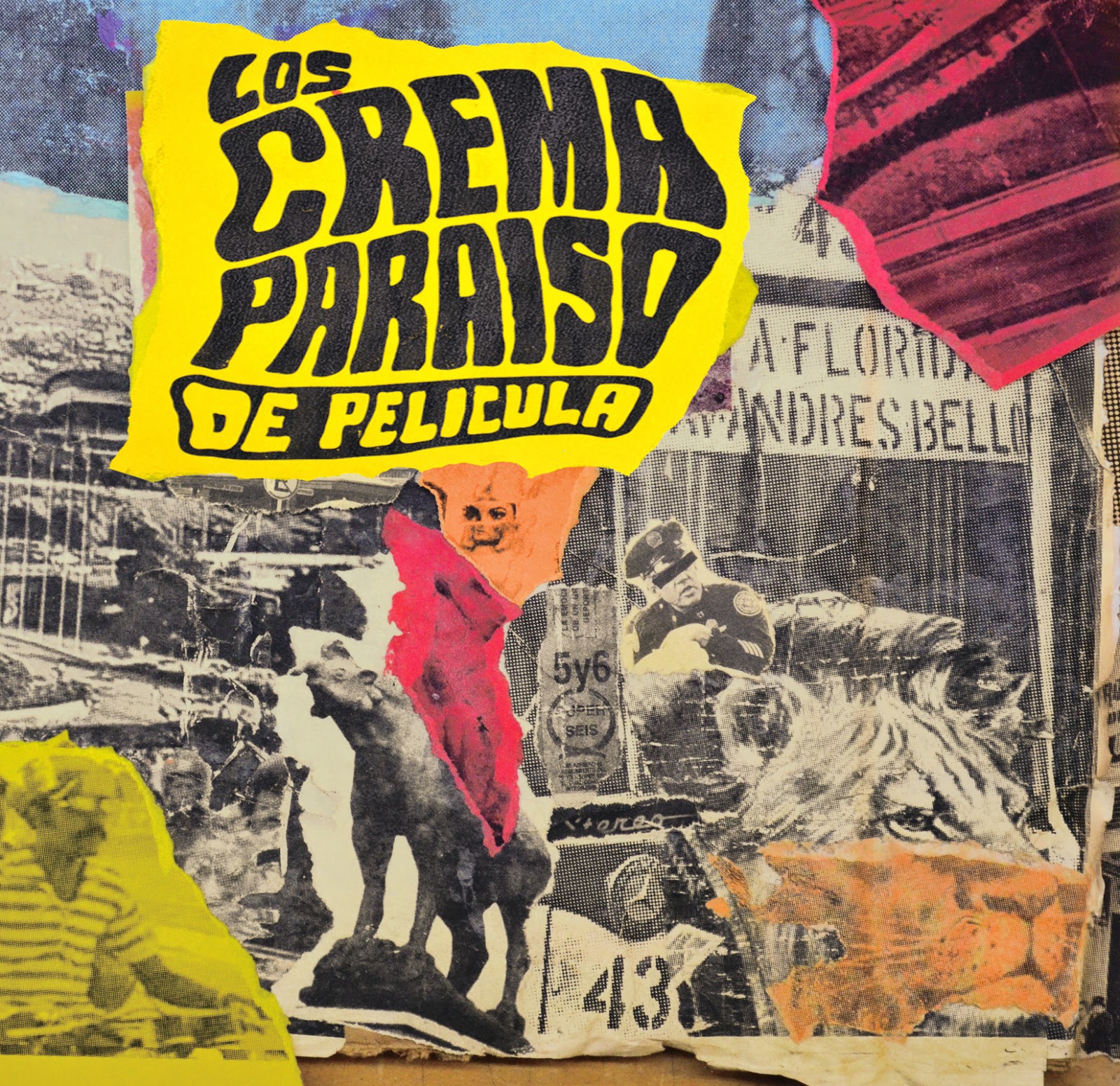 Los Crema Paraiso's brand of world music runs the gamut from psych to rock to roots and beyond. The experimental and indigenous Venezuelan grooves are marked with a variety of jazzy, bossa nova, beat-driven melodies throughout. The Tears For Fears cover, "Everybody Wants To Rule The World," is one of the top highlights from the album. Another cover, the 1959 hit from Santo & Johnny, "Sleepwalk," is an ode to the classics in true pop form. There is a slight South American presence that is somewhat psychedelic and dreamy. There is another cover, "Personal Jesus," originally conceived by Depeche Mode, that is led by Carol C. in a slightly Brazilian musical soundscape. Covers aside, De Pelicula! surprises fans of South American rock, pop, and lounge with a heady mix of percussive ear candy, flowing melodies, and classic sounds that never get old or banal. ~ Matthew Forss
Posted by Matthew Forss at 1:43 PM