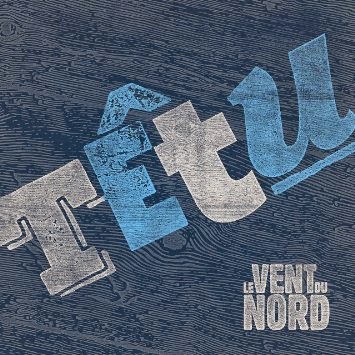 Quebecois-origins aside, Le Vent Du Nord is a magnificient folk music group with hearty strings, thought-provoking vocals, intense melodies, raw hurdy-gurdy sounds, and other elements that are likable and timeless. There are instrumental and vocal medleys throughout. The instrumental and bouncy, "Cardeuse-Riopel," is an excellent example of piano, fiddle, accordion, and other instruments coming together in a harmonic fashion. The folksy roots and earthy feel to the album stems from the talented cast of musicians, including Nicolas Boulerice, Olivier Demers, Rejean Brunet, and Simon Beaudry. Fifteen tracks round out the album. Some of the songs are under two-minutes, but a majority of the songs are two to five-minutes long. There is a classical quality to the music, but there is a strong Quebecois element highlighting the best of French-Canadian folk music. Start off on the right foot with Le Vent Du Nord. ~ Matthew Forss