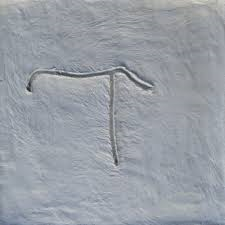 Xylouris White is a group formed from George Xylouris and Jim White. George is a very talented Greek lute player with one vocal song on the new album, Goats. Jim White is a percussionist from Australia with a penchant for creating rhythms characteristic of goats traversing rocky hill-sides. The lute adds an element of surprise to the entire album with diverse tunings, playing styles, and an unabashed ability to create diverse and engaging tunes. There are nine total tracks, but only one contains vocals and George is the vocalist. The entire album is around thirty-five minutes in length, but it should not be ignored. The triumphant silences and sounds of the opener, "Pulling The Bricks," intrigues the listener with its divergent sound. The minstrel-like lute sounds of many of the tracks suggests a Medieval presence, too. Overall, Xylouris White is a great duo that knows how to entertain humans and goats with ease. ~ Matthew Forss
Posted by Matthew Forss at 3:02 PM