CD Review: The Bombay Royale's 'The Island Of Dr. Electrico' 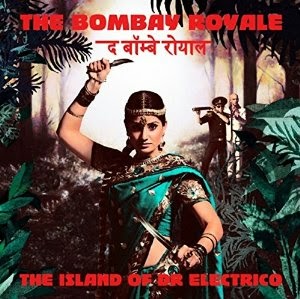 The Bombay Royale
The Island Of Dr. Electrico
HopeStreet Recordings

Bollywood surf, spy, funk, disco, and dance music from a Melbourne, Australia group? The unlikely combination is nothing to get upset about, since everything works well here. The entire album is around forty-five minutes in length, but the sounds seem to live on forever. The orchestrations are reminiscent of a spy-thriller film soundtrack that could be heard in almost any country, but the Bollywood and spaghetti-Western sounds are most pervasive. The psychedelic sounds and surfadelic connotations are timeless and catchy. Every song on the album is worth repeating over and over. The infusions of punchy horns, suspenseful orchestrations, gritty funk, and South Asian vocalizations are simply too much to take in, because they are so appropriate and memorable. The Island Of Dr. Electrico is one of the best world music albums of the year. Discover it today. ~ Matthew Forss
Posted by Matthew Forss at 3:45 PM