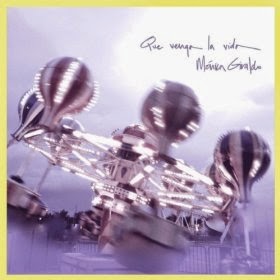 Colombia's Monica Giraldo is a Latin-Grammy-nominated musician that brings us alt-pop and roots music with a lot less percussion than one would expect from vibrant areas of Central America. Monica's vocal and instrumental set-up is not too unlike New York's Leona Naess. However, the music still contains some Latin American character with a little alt-folk and roots comparisons that shine very well amid the mix. The ten tracks are poignant, delicate, and heartfelt. This is easy listening and contemporary pop constructions that are quite mature and pleasant. This may be based on contemporary Colombian pop, but Monica seems to take it one step further: into a world of roots, alt-folk, and a magical third genre. The music is perfect for anyone into Colombian pop, folk, and roots. Traditionalists into heavy percussion should look elsewhere to satisfied your needs. ~ Matthew Forss
Posted by Matthew Forss at 3:14 PM