CD Review: A Time To Cry - A Lament Over Jerusalem 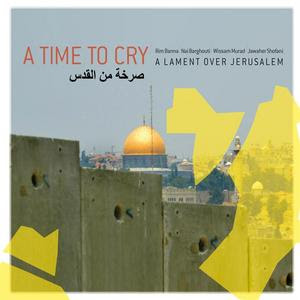 Various Artists
A Time To Cry: A Lament Over Jerusalem
Kirkelig Kulturverksted
Recorded in a Palestinian home in East Jerusalem, A Time To Cry... showcases some traditional and new folk songs from the region. The songs touch on the political turmoil and social rights between the Palestinians and the Israelis. The Palestinian repertoire includes Rim Banna, Wissam Murad, Nai Barghouthi and Jawaher Shofani. The Palestinian singers mentioned above are also joined by a Norwegian collective, including Kenneth Ekornes (drums), Gjermund Silset (bass), Hallgrim Bratberg (guitar), and U.S. flutist and clarinetist, Steve Gorn. The laments are deeply emotional and ethereal in sound. The folk tunes are a light fusion between Persian classical music, Arabic folk music, and bluesy-pop. Fans of other KKV releases will find comfort in the words and music of A Time To Cry... It is not too often a Palestinian music release surfaces globally, which makes it even more invaluable to Middle Eastern music fans. A treasured album of music. Liner notes are in English and Arabic. ~ Matthew Forss
Posted by Matthew Forss at 11:06 AM