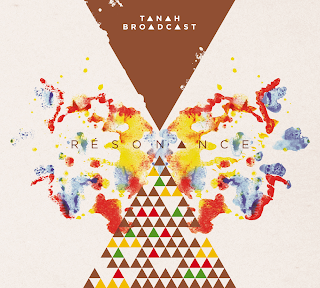 Hailing from The Netherlands, Tanah Broadcast produces beautiful vocal harmonies and instrumental tunes from various world regions, notably Africa. The combination of European folk, experimental music, and improvisational world jazz-pop sounds makes Resonance shine with luscious melodies and stirring rhythms. The production is relatively low-key, but that does not mean the ear-catching melodies are nonexistent. Instead, the music is quaint, but richly-textured. The beautiful rhythms and instrumentation make the album pop with freshness. The upbeat "Kayu Kaya" is a fine example of world pop at its best. "N'Dudu" is a guitar-centric instrumental tune with some vocals and a Euro-centric pop vein with some African influences. Resonance is somewhat hard to describe, but the end result is an engaging set of songs that are perfect for the world music fan. ~ Matthew Forss
Posted by Matthew Forss at 8:33 AM