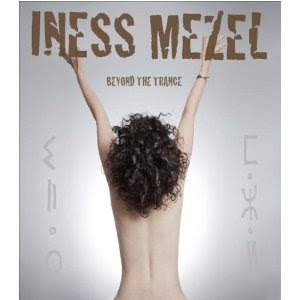 Iness Mezel
Beyond The Trance
Wrasse Records
The Tamazight and French language singer with Algerian and Italian ancestral connections shares her latest release, Beyond The Trance, with the world. An album the pushes the boundary of trance into an environment brimming with rock, folk, and blues elements. It is no wonder producer Justin Adams (Tinariwen, Lo Jo, Natasha Atlas, and others) had a hand in the production, as it possesses a progressive Kabyle rock feel with some wayfaring. Of course, some songs do incorporate trance elements, including "Strange Blues", "Respect", "Chez Noo", "Cool Yiwen", "Semer", and of course, "Trance". The quieter, more reflective French-tinged "Tahkei't" showcases her vocal versatility. "Yhimlilit" is a percussion-based North African song of thanks in the vein of Djur Djura or the late-Ofra Haza. The cool sounds of Kabylia come alive with Iness' vocal mastery of ear-friendly incantations. All songs are sung in French and Tamazight. This is the perfect album for anyone interested in more modernized music with historic roots from Algeria and France. ~ Matthew Forss
Posted by Matthew Forss at 9:04 AM