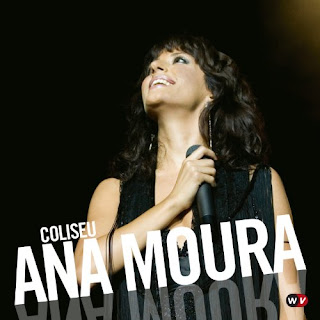 Ana Moura
Coliseu
World Village
The popularization of the fado musical genre from Portugal has been fostered by an intense desire to reacquaint oneself with Portuguese music from around the world and the global prevalence of past and present fadistas, including Amalia Rodrigues, Mariza, Katia Guerreiro, Ramana Vieira, and Ana Moura. A native of Portugal, Ana performs a live set of songs recorded in two of Portugal's famed venues: Coliseu dos Recreios and Coliseu do Porto. The fifteen songs were composed by Jorge Fernando, Custodio Castelo, Antonio Laranjeira, Toze Brito, and others. The mournful and serene songs are nicely accompanied by Portuguese guitar, acoustic guitar, and acoustic bass guitar and interspersed with applause. The Portuguese vocals float effortlessy through the air and dance around with class, sass, but in no way crass. The young singer's mature voice is well-trained and award-winning. A 22-page liner booklet includes Portuguese and English translations. ~ Matthew Forss
Posted by Matthew Forss at 11:30 AM