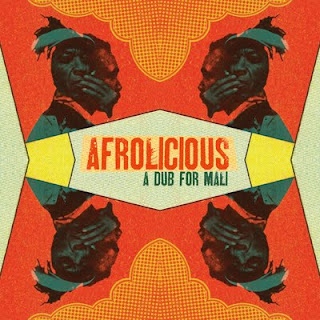 Afrolicious is the result of Pleasuremaker (a.k.a Joe McGuire's) love of DJing and the sounds of North Africa. "Thursday Night Kinda" features some scat vocals by Baba Duru and a host of jazzy-electronica in the vein of Action Figure Party. It's not too hard nor too soft--it's just right. The electronic backbone and kora-melodies with miscellaneous sounds and cool grooves are featured on the title track, "A Dub For Mali." The Issa Bagayogo-esque vocals are provided by Burkina Faso's Yacouba Diara. "Foolin'" features the Trinidadian presence of Fresh Is Life with a funky, Caribbean element. The final track, "Vampires," sought the talents of Thievery Corporation's Rob Garza and the famous singer, Femi Kuti. The electronica, funk mix is loaded with nostalgia and futuristic embellishments that carry the track into an otherworldly realm. Femi's vocals are perfect, as well as the arrangements. The album is rich with sound and head-bobbing rhythms. The album length is only 23 minutes, but don't let that be a deterrent for sampling the electrified sounds of North Africa's roots music. A modern marvel and urban delight. ~ Matthew Forss
Posted by Matthew Forss at 6:14 PM