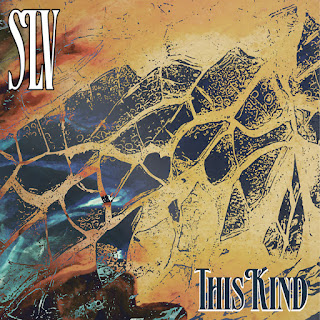 SLV is Sandra Lilia Velasquez and the lead singer for the Latin band, Pistolera. SLV incorporates the work of Jordan Scannella from the electronic music group, Tortured Soul, as well as Nick Zammuto from an another electronic band. Is the music Latin, electronic, pop, or rock? Well, This Kind is special, because it includes musical styles that are rather undefinable. The influence is pop, while electronica leanings fill in the rest of the sound. "Limits" and "Situation" are an excellent example of pop/rock deliciousness with catchy melodies and great vocals. However, there are even reggae-type rhythms, new age orchestrations, and South American contemporary elements--notably from Brazil, Colombia, and Argentina. Importantly, this is not a traditional album, but an album with modern elements with light ethnic ties. Still, SLV shines with great rhythms, sounds, and melodies that are rather fluid and emotive. Think of Katie Melua meets Ceu. ~ Matthew Forss