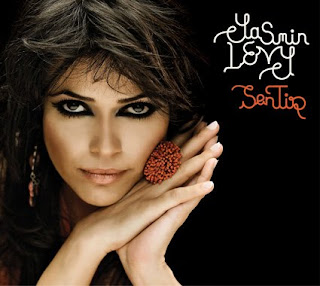 Yasmin Levy
Sentir
Four Quarters Entertainment
The golden voice of Ladino and Sephardic music and culture is Yasmin Levy. Born in Israel, Yasmin sings traditional songs of Ladino culture with a Latin/Spanish flair that awakens the spirit, soul, and most of all, one's feet. The Judeo-Spanish language of Ladino is a relatively rare language at risk of extinction. Fortunately, the language (and music) is preserved on Sentir. Yasmin sings with such a high degree of emotion and sincerity that every song elicits responses of good cheer. One cover song of Leonard Cohen's "Hallelujah" is included and it is quite powerful. The Greek-tinged song "Porque" is a pleasant song showcasing Yasmin's far-reaching influences and abilities. The final song, "Yigdal", is a poignant traditional prayer sung in Hebrew. Anyone seeking music from this fascinating genre should begin with Yasmin Levy. Sentir is steeped in tradition and love. Liner notes are included in English, French, and Hebrew.
Posted by Matthew Forss at 8:45 AM