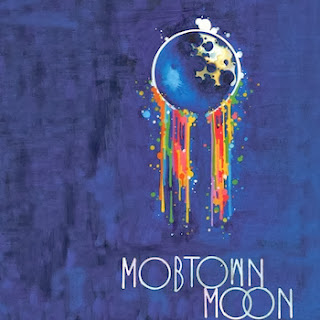 Based in Baltimore, Sandy Asirvatham's skills resound in arranging, singing, songwriting, composing, and playing piano. Trained as a journalist and writer, Sandy takes an eclectic approach to music-making with her latest release, Mobtown Moon, which is a re-imagined tribute to Pink Floyd's Dark Side Of The Moon. Sandy's co-creator and Emmy-nominated singer/songwriter, ellen cherry, provides a soothing vocal presence that is both relaxing and magical. The entire album contains progressive jazz, rock, classical, spoken word, and experimental sounds based on Pink Floyd's aforementioned album. The music hints at the originals, but Sandy, ellen, and company produce such a great album that seems to wander off into its own musical territory. Tom Hall, Cris Jacobs Band, Todd Marcus, Scott Smith, Brian Simms, Bryan Young, and Vincent Dion-Stringer are some of the contributing musicians on this album. "The City Speaks" contains a few voices and industrial, motor sounds with a range of environmental sounds that are arranged in a mish-mash manner. "On The Run" features a folksy sound with an ambulatory jazz beat and an absence of vocals. "Time" is a progressive rock anthem with nostalgic vocals and throbbing keys. "Any Colour You Like" is a progressive jazz winner with swishy cymbals, punchy sax, light drumming, and a jazz vein that hangs on tight without accompanying vocals. "Brain Damage" is more of a gospel-esque and R&B anthem with classic vocals and a soulful piano melody with jazzy accompaniment. The twelve track-release contains most of the songs on Pink Floyd's original release. Obviously, fans of Pink Floyd will like this one and anyone seeking good tribute albums that do not sound cutesy or fake. This one is professionally produced with careful attention to sounds. Sandy knows how to make memorable music and catchy tunes based on a classic album. ~ Matthew Forss

Posted by Matthew Forss at 5:34 AM

Matthew, thank you so much for this kind review and for taking the time to listen to our ambitious project! I am flattered that you consider this a "Sandy Asirvatham" project; the idea did originate with me but honestly it was a massive group effort. I am grateful you named my awesome co-creator ellen cherry (and you should check out her original material some time!) as well as many of our stellar participants. What a great honor it has been to work with so many fine musicians together on one project. Again, thanks for your time and attention to our music!