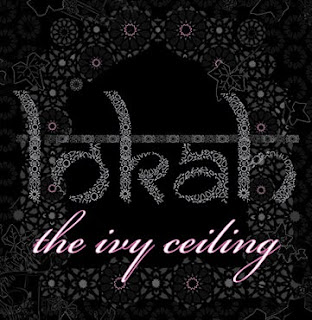 Lokah
The Ivy Ceiling
Ma Bhakti Yoga LLC
The growing trend of contemporary rock/pop kirtan music performances is not only steadily increasing among members of yoga centers and Tantric communities, but it is also reaching a broader audience. Miami-based Lokah is group that makes kirtan (Indian devotional/chant music) shimmer with electronic arrangements, a contemporary rock/pop beat, and soaring male and female vocals. The "Introduction by Russell Simmons" is a short prelude to the album with a spoken word segment about worldly happiness and yoga. "Ma Durga" includes Sting on some vocals. The overall beat of the song resembles a yoga rock anthem. The Sanskrit lyrics are included on every track, except the English-narrative, "Introduction by Russell Simmons". The contemporary feel of the album tosses and turns with sounds led by keyboards, mandolin, organ, strings, percussion, and bass. The lush sounds and vocals resemble some of the popular music from the Middle East or North Africa. However, The Ivy Ceiling is a great album steeped in a veil of Eastern mysticism with Western arrangements. ~ Matthew Forss
Posted by Matthew Forss at 5:47 PM