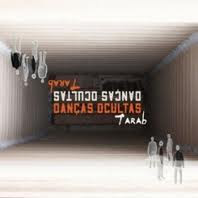 Dancas Ocultas
Tarab
Numerica
A performer at this year's WOMEX festival of all things world music, Dancas Ocultas brings to life a 'hidden' talent on Tarab. The Portuguese band, which name means "Hidden Dance", is nothing that should be hidden. The music is entirely instrumental and only includes four accordions without additional musical instruments. The sounds glow with vibrant waves of energy bursting out of the bellows of the accordion beast. Sometimes eery, meditative, and adventurous, Tarab delights in the unmistakable sounds on the accordion. Fans of accordion greats Maria Kalaniemi, the late-Boris Karlov, and Daniel Thonon will love the delicately produced sounds of Tarab. The solemnitude of accordion music is as reflective as it is brooding. Tarab wins big-time! ~ Matthew Forss
Posted by Matthew Forss at 12:38 PM