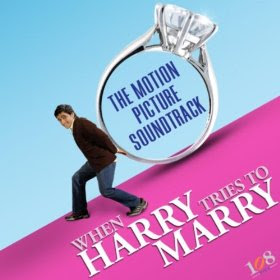 The music of the 2011 film of the same name includes elements of love, fun, and good times with various artists from the USA and India. As a romantic comedy, When Harry Tries To Marry is filled with Bollywood-infused pop tunes with dance grooves, lyrical medleys, and folk music. The poignant folk tunes of Sarah Sharp are especially intriguing and sincere. The pop-rock infusions of The June Junes stand out on 'She's The One' and 'Setting Sun.' Indian-greats, Udit Narayan, Madhushree, Rishikesh Kamerkar, and Shreya Goshal provide a fresh feel to the film's content. The alternative-folk group, Craig Marshall, light up the soundtrack on 'It's Coming Back,' 'Settle For Me,' and 'Desperately' with some resemblance to the alternative-folk-roots music of Owsley, The Wallflowers, Soul Coughing, or The Devlins. The electronic group, Small*Star, provides a techno-trance element that livens the moods with a catchy club beat. The compilation is well-suited to the film and doesn't leave the listener in pain. Every track is worthy of praise and recognition. If you are seeking a fun and catchy album, then try this one today. ~ Matthew Forss

oui!!! sweet movie and cool music! with lingerie-styling from paris :-)