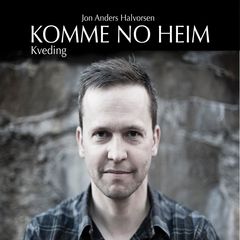 The Oslo-based folk singer and doctor, Jon Anders Halvorsen, brings us twenty-eight songs in the folk traditions of Norway. There are a mix of instrumental gems, several vocal and instrumental tunes, and a few solo vocal songs. All sung in Norwegian, the music is rich with various string instruments that are pleasant backdrops to the vocal displays of supreme musicianship. The serene vocals and light instrumentation is not too harsh or unnecessary. The sheer volume of songs represents a good cross-section of folk music in Jon's repertoire. The strings and plucked instruments are folksy and not modernized. Fans of Norwegian music should check it out, but fans of Scandinavian folk music in general will love the instrumental and vocal medleys on Komme No Heim. ~ Matthew Forss
Posted by Matthew Forss at 11:11 AM