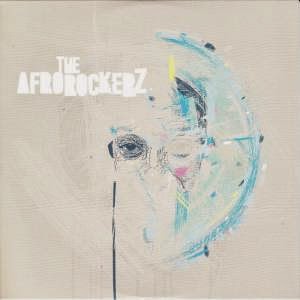 Paris-based and soon-to-be-world-known, The Afrorockerz, combine the elements of a West African night-club with the action-packed sound of Euro-jazz and American soul for a truly pleasant recording. The funky rhythms are spearheaded by vocalist, Allonymous and Emma Ladji, while Sylvain Daniel is in charge of bass, keyboards, and programming. Though, the brainchild of the album, Julien Jujju Raulet, is a master guitarist, percussionist, and drummer. The group includes the percussion talents of Frederic Jean, Maxime Zampiere, Eric Durand, and keyboard credits from Guillaume Poncelet. Some of the tunes are edgy and urban-esque, but not too dissimilar from typical West and Central African funk and jazz. The group's eerie keyboard sounds and pervasive beats that change direction without notice are all very attractive elements on the album. There are even a few rock guitar displays. Still, anyone into Afro-funk and jazz will love The Afrorockerz. ~ Matthew Forss
Posted by Matthew Forss at 11:15 AM