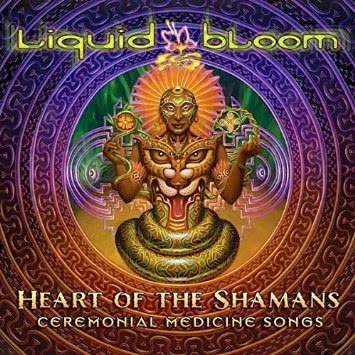 The undulating soundscapes of the Heart Of The Shaman offers a blend of Native American flutes, chants, and symbolic gestures utilizing hand movements with entrancing percussion, keyboards, and a plethora of other sounds. The recording is contemporary, but includes sometimes subtle elements of world fusion, South Asian influences, and new age incarnations. There are eight total tracks, but the last two tracks run almost thirty-three minutes long in a sort of electronic medley mix. There are wispy and ethereal vocals from Rara Avis, Sarah West, and Ixchel Prrisma. The vocals tend to match the instrumentation, which is very heavenly and blissful to say the least. Robert Mirabal adds his presence on Taos flutes and some chants. Though, the music would be perfectly suited for meditation or yoga, there is a strong element of Southwestern, Amazonian, and ritualistic vibes that bring people and nature together in almost perfect harmony. Fans of Native American fusion, electronica, new age, and ethnic down-tempo compositions will love it. ~ Matthew Forss
Posted by Matthew Forss at 11:49 AM