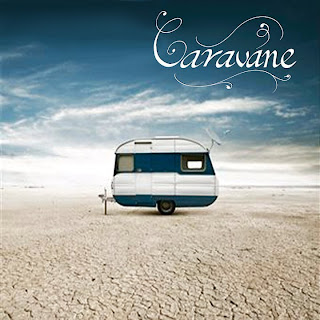 Nick Wilde's journey from England to Morocco occurred after some floods and a fire took out his recording studio in London. Transplanted and immersed in Morocco's musical genres, Nick produced a refreshing, yet moderately urban release of laidback, trip-hop, and lounge jazz music with all the charisma of a Marrakech bazaar. Some of the female vocals resemble Ofra Haza, while the undulating rhythms of "Salla Lah Alayh," awaken the desert spirit in a cataclysmic manner. The dance-laden tunes, world percussion, and electronic embellishments make Caravane stand out among the crowd of techno-wizards with a passion for world music. The result is a relatively unique, accessible, and expansive journey through North Africa and the Middle East with Nick leading the charge by camel-back. Fans of groovy, North African, French, and Middle Eastern music will love the nomadic delights of Caravane. ~ Matthew Forss
Posted by Matthew Forss at 4:20 PM