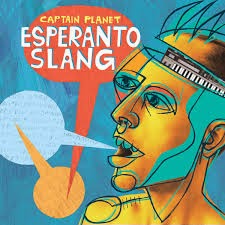 The global sounds of Captain Planet's music brings out the funkiest grooves known to mankind on their latest release, Esperanto Slang. There is an underlying South American funk sound mixed with urban hip-hop, dance, psychedelic, and Afro-beat concoctions that bring the music to life. A dozen tracks and a dozen different tunes represents Captain Planet's latest release. The international grooves and musical influences could not have been accomplished without the help of contributing musicians, such as Samira Winter, Chico Mann, Brit Lauren, Alsarah, La Yegros, Paco Mendoza, and a few others. The laid-back, almost reggae-tinged, "In The Gray," is a beautiful anthem with lush vocals, a catchy melody, and urban influences with a trippy, dance-groove. "Safaru" is another gem on the recording with a contemporary beat and world jazz arrangement. Anyone seeking contemporary groove music from South America to Central Africa north to European clubs and back to the Caribbean region will love the trans-cultural music of Captain Planet. ~ Matthew Forss
Posted by Matthew Forss at 11:38 AM