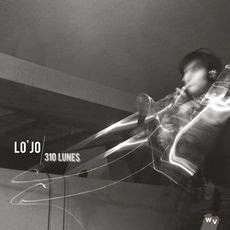 The French group, Lo'Jo, brings us a new double-disc release of instrumental world jazz, Balkan delights, and impressionistic displays of musical ingenuity on 310 Lunes. Though, the second disc, The International Courabou, was originally released in 1989. At any rate, the music is adventurous, suspenseful, cinematic, and easy-going. There is a bit of North America, Europe, and the Middle East in the release. The music is arranged by Renaud-Gabriel Pion with guests including Magic Malik, Roswell Rudd, Erik Truffaz, and Hasan Yarimdunia. There are even neo-classical influences that mimic soundtracks and scores of America's early films from the 1940's and 50's. The second disc is more world fusion oriented with percussion and a contemporary rock beat. Still, there are neo-classical elements, but the vocals add another dimension to the music. As a set, the albums are dynamic and multi-dimensional with enough pizzazz to satisfy all world jazz aficionados. ~ Matthew Forss
Posted by Matthew Forss at 2:12 PM

A good blog gives a lot more knowledge about this. I will continue to support your work Thank you.

This is a great inspiring article.I am pretty much pleased with your work.You can really really helpful information. Keep it up. Keep blogging. Looking to your next post

Our vision is ” imprint memories through travel”. Travel is all about the Memories you bring back with you. We are geared to provide our clients with best of our services and facilities. We have gained a solid reputation for the wealth of knowledge, quality and services we provide to our clients.
Himachal tourism
Himachal tour