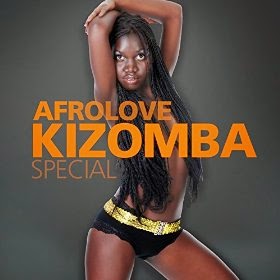 The folks at Lusafrica understand Lusophone music inside and out. This new release, Afrolove Kizomba Special, is all the evidence anyone needs to make up their mind about the best African music release of the year. The double-disc features urban hip hop, romantic ballads, folk sounds, dance music, and Portuguese-influenced compositions with musical roots running from the Cape Verdes through West Africa and ending in the south-central regions of Angola and Congo. Some of the most catchy music is brought to us by Sekouba Bambino, Fode Baro, Meiway, Cubanito, and Oliver N'Goma. Even Cesaria Evora is featured, but it is a remix of "Regresso." At any rate, anyone interested in contemporary music from Africa would find this a must-have album without a doubt. The music is akin to Afro-zouk, Congolese rumba, and the loose-fitting term of kizomba, which encompasses all Lusophone dance musical traditions. It is nice to know this does not contain very much rap, if any, which would interrupt the accessibility of this recording to some age groups. Thankfully, it is highly-recommended to anyone with a fascination in contemporary African music. ~ Matthew Forss