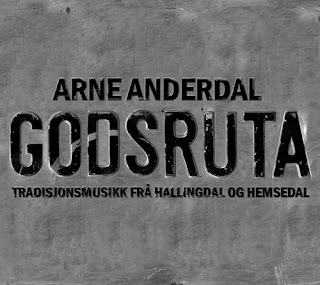 Named for a fiddler on the goods route between Hemsedal and Gol, Godsruta, headed by Arne Anderdal, brings traditional hardanger fiddle music to the forefront. Arne, a fiddler for over thirty years, searches out lost music from his homeland of southern Norway. The fiddling tradition goes back to the 1700s in southern Norway and Arne attempts to resurrect the tunes from the peaks and valleys of the region. Eighteen songs played mainly on fiddle are also joined by button accordion, bass, guitar, viola, and banjo. Vocals are even featured on "Brurevise." The folk melodies and historical elements are well worth listening to. As a professional musician, Arne knows how to keep it interesting. Fiddle fans will love its nostalgic presence. While fans of Scandinavian, Canadian, and American fiddling and folk traditions will find this recording a heavenly delight. ~ Matthew Forss