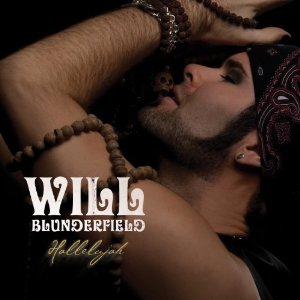 Canada's Will Blunderfield is not your typical yogi master. Dressed in rock-star garb and resembling a contemmporary magician or illusionist, Will satisfies the soul with uplifting yoga music in a modern context without resorting to trance-inducing chants. Will sings in English and Sanskrit. The opening track, "Guest House," is a spoken word poem by Rumi narrated by Danielle Mika Nagel. Leonard Cohen's "Hallelujah" features vocalist Reema Datta and The Shake Your Asana Choir, along with Will's passionate vocals. The modern arrangements with keyboards, piano, guitar, bass, percussion, and harmonium, and various vocals represent a relatively New Age album with a slight pop or rock edge. "Will & Willa," features Will and a child, Willa, rehearsing the mantra "Lokah Samastha Sukhino Bhavantu" without any additional vocal or instrumental accompaniment. The bonus track, "Ave Maria," is rather operatic and steeped in yogic charm with guests Aliqua. Will Blunderfield is 'blunder'-less. ~ Matthew Forss

Posted by Matthew Forss at 9:13 AM