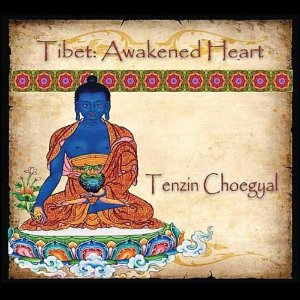 Tenzin's birthplace of Tibet was only one location in his long line of residencies. Early on, he fled to Nepal and was raised in India. Nowadays, you can find Tenzin in Queensland, Australia. The new album opens with a mostly flute-driven piece on "Snow Lion." Tenzin and Nanaco provide vocals on other tracks, as "Snow Lion" is wholly instrumental. Tenzin's lute, or dranyen, are featured on "Medicine Buddha." On other tracks, the dranyen accompanies the Bansuri, flute, bass, keyboard, and drum programming. As a whole, the album is relatively contemporary without the loss of traditional customs and instrumental repertoire. Rather than a purely religious and vocal performance, the instruments provide a nice sound that is as majestic as the Himalayas. Though, "Nomad Song" is completely void of instrumentation, which does not diminish its musical impact. It is highly reminiscent of Mongolian or Kazakh singing traditions. The heavenly "Happiness Is..." is an instrumental track that contains some tabla and flute action with some electronic accompaniment that moves the piece into the 21st century. Essentially, your heart will be awakened with Tenzin. ~ Matthew Forss
Posted by Matthew Forss at 11:17 AM