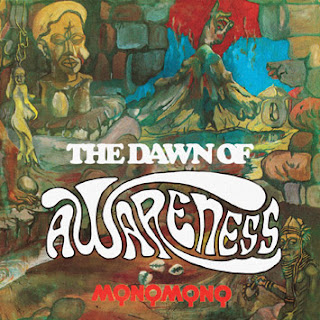 The Dawn Of Awareness

The second release by Nigeria's MonoMono was originally released on LP in 1974. Thankfully, the folks at Tummy Touch Records revived the music of MonoMono, which features the work of Joni Haastrup and his friend, Baba Ken Okulolo. The original six songs are presented on this rerelease. The blues, rock, psychedelia, and funk elements are quite pronounced throughout. The instrumental segments are especially intriguing, as they set the stage for a perfect soundtrack to lounge around, dance, or trip-out. The down-tempo elements of 'Make Them Realise,' cnojures up comparisons to the North American group, Action Figure Party. The soul of Yoruban funk emanates from the tracks without causing boredom or sleepy episodes. The Dawn Of Awareness is a little more blues and rock-driven than the previous release. Still, MonoMono knows how to move those feet with rewarding results. ~ Matthew Forss