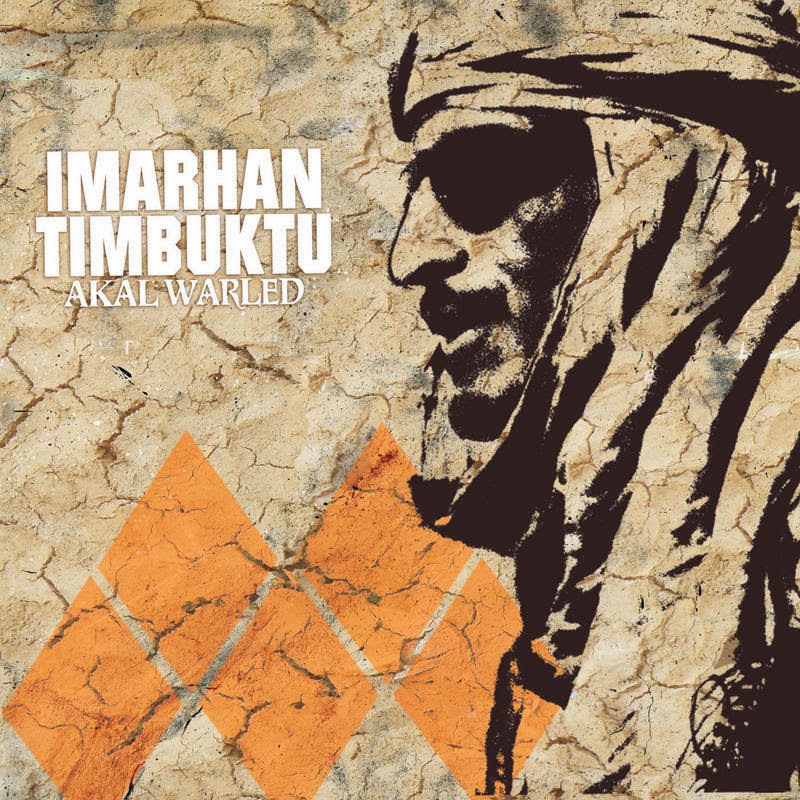 Formed in 1993, Imarhan Timbuktu is a Tuareg guitar group from Mali and spearheaded by Mohamed Issa Ag Oumar El Ansari. The album contains eight songs about the plight of Tuareg refugees in the camps of Mauritania, Burkina Faso, Algeria, and Niger. Mohamed is a guitarist and vocalist on the album. Mohamed is joined by his brother, Ousmane Ag Oumar El Ansari and backup vocalists, Fadimata Walet Oumar and Zeina Walet. There is also a lively percussion section that fills in the vocals and guitars with a nomadic presence. The music is soul-stirring and in the vein of other North African guitarists, such as Tinariwen, Toumast, and Tartit. The music saunters along with majestic cadences, back-up vocal trills, and lilting guitars performing memorable riffs, licks, and chords. One of the highlights, "Tarha Tazar," possesses a great rhythm and melody. Fans of North African guitar music will love it. Discover your inner nomad today! ~ Matthew Forss
Posted by Matthew Forss at 11:55 AM