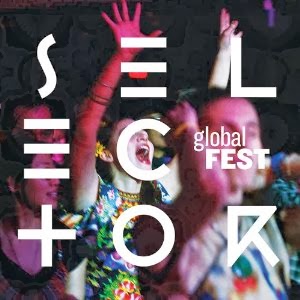 globalFEST is a not-for-profit organization that promotes world music from around the globe that is marked by a music festival every January in New York City. The thirteen-track release covers the gamut of musical styles--ranging from electronica, Middle Eastern dance, African blues, and beyond. The album is quite contemporary, but still retains an ethnic charm full of lively instrumentation that is traditional. The North African trance music of Hassan Hakmoun is evident on the first track, "Balilli." Brooklyn Qawwali Party brings the late-Nusrat Fateh Ali Khan's music to life, instrumentally speaking with a side of jazz, on "Sochan Dongian." Kailash Kher brings us a South Asian-tinged concoction of swirling electronica elements on "Rang Rang Ma." Other great tracks are included, such as "El Madi" from Noura Mint Seymali, "Khadadaa" by Namgar, and "San Kuily" by Alif Naaba. There are thirteen different artists presented here. Twelve of the tracks are previously unreleased, but the result is far from ho-hum. Every track is diverse, upbeat, and catchy. Great stuff! ~ Matthew Forss
Posted by Matthew Forss at 5:01 AM